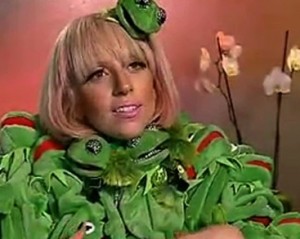 As we published in this post, that’s certainly the standpoint of Swedish artist, Magnus Uggla and the Lady might well feel the same, based on the information in this post, saying that she was only paid a pittance by the Swedish performing rights society for a huge number of plays on the music streaming service Spotify:

According to a report today, Lady Gaga’s track “Poker Face” was one of the most popular tracks during a five month period on Spotify and was played more than a million times. So how much money does she get paid by STIM (the Swedish Performing Rights Society) for this massive achievement?

But that’s not quite the whole story… The performing rights contribution splits out to $0.000167 a play, but so what? Lady G (or more likely her record label) will also be being paid directly by Spotify with a flat fee per play (a couple of pennies per track) and a chunk of the service’s ad revenue. Lady Gaga’s direct revenues from that many streams will be in the five figure $USD range, and the performing rights system probably does more to support their own bureaucratic infrastructure than it contributes towards paying her a sensible wage. It would be interesting to know exactly what proportion of their receipts is paid to artists, and what is spent on running the society, as well as why the PRS collects a fee for every track played on services like Spotify, even those of tracks by non-PRS-members.

Lily Allen has previously complained on Twitter “@citricsquid did you know the major own hold massive stakes in Spotify, and earn advertising revenue at yet another loss to the artist” that she’s not seeing any of the revenue from her Spotify plays, but this is likely to be because the majors have all bought shares in Spotify, and are both giving them an easy ride on the music licensing fees and taking their own substantial cut of anything that comes back. Lily Allen would do well to have a little faith in Spotify, given her well publicised feelings against file sharing.

Of course, this diminished revenue wouldn’t be a problem if she’d signed her music up for digital distribution to with someone like RouteNote, who get the full per track rate, and only take 10% on the back end.

That said, the decision of the majors to support Spotify and other streaming services is a pragmatic one; if it is really the case that freemium services are reducing piracy and providing a way for labels to ‘monetize’ their catalogues online then it makes sense for the majors to be in on the ground floor and take advantage of future success, especially since they’re looking such ghastly financials [pg. 33 for the headlines] in the face. Right, now that’s sorted we can all go back to wondering whether or not the Lady is a trap…

I sincerely adore Lady Gaga and her extraordinary dresses but she really let herself down now being seen out in see through underwear.