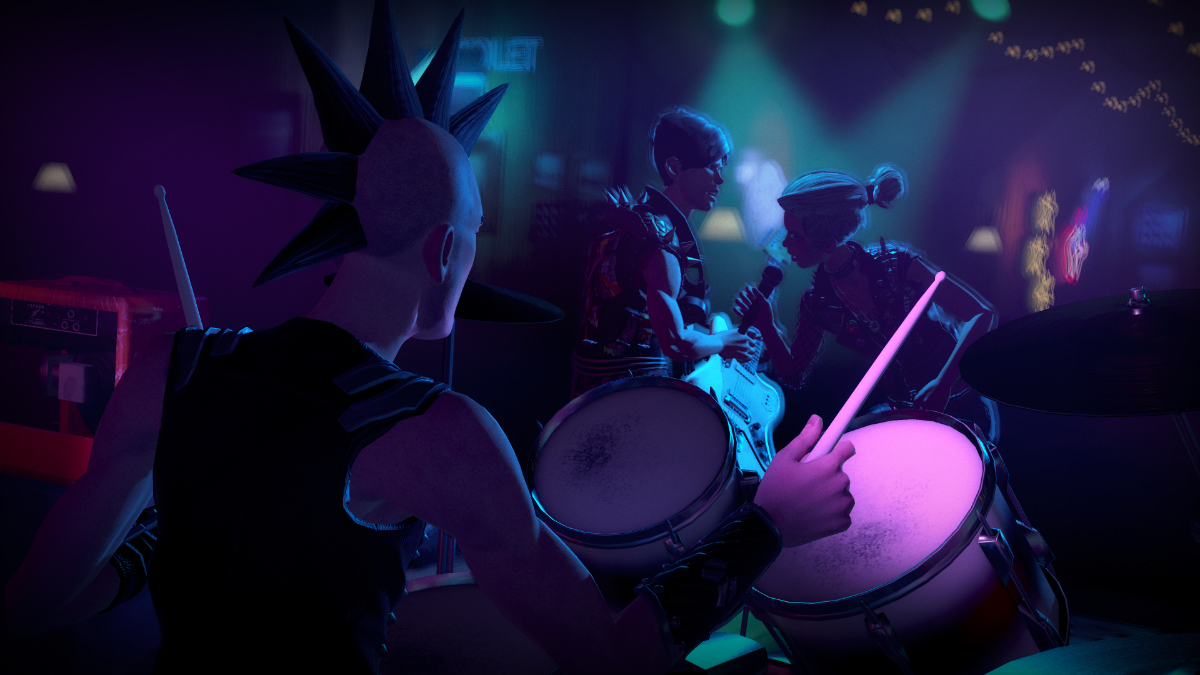 Game developers Harmonix, responsible for the Guitar Hero-like game that lets you play as part of a full band, have taken on the giant task of recreating their games in virtual reality. It’s a difficult process but thanks to the hard work of the devs you can now feel like you’re up on stage playing a real live concert.

With all of the experience that is gained from a virtual reality Rock Band there is also a lot that needs to be lost or altered. The typical gameplay of notes flowing towards you doesn’t work for VR so Harmonix had to create a new system that lets you play whilst prioritising the feeling of being up on stage.

It’s not a perfect game, and seems to focus more on an immersive experience rather than challenging gameplay but it’s a start that hopefully sets a precedent for future combinations of music and virtual reality technology.

The Verge got an inside look at VR Rock Band, check it out: