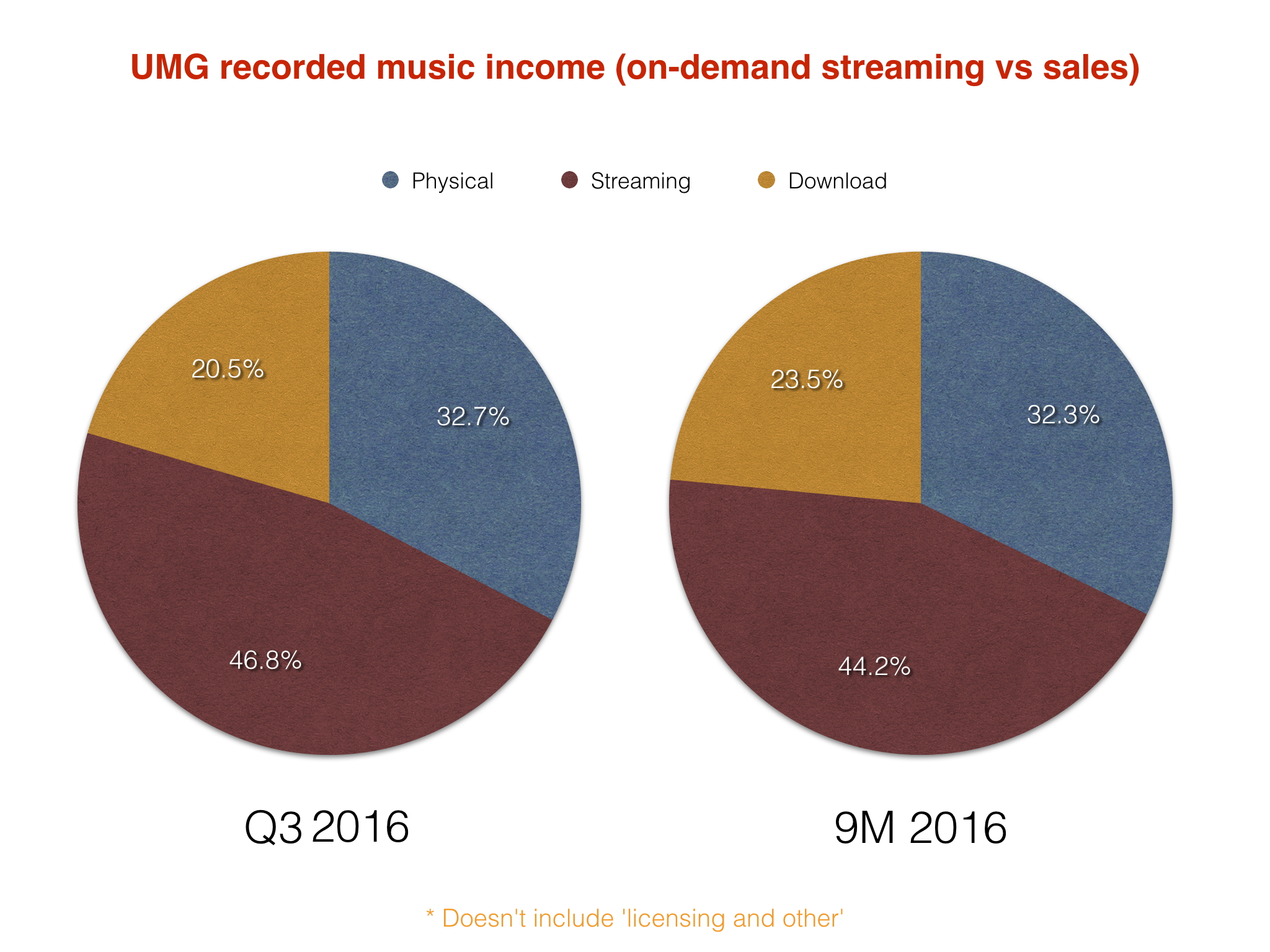 Once again music streaming has proved that it’s reinvigorating the music industry with Universal Music Group (UMG) having made more than $1 billion in the first nine months of 2016.

Universal Music Group, 1 of the world’s 3 major labels, have revealed just how well streaming is doing for them. Between January and September this year UMG reported $1.1 billion in streaming revenue, a 64.3% increase from the same period in 2015.

The report from Vivendi shows that in the third quarter of this year Universal were making an incredible $4.48 million every day from streaming services. Q3 also saw streaming revenues for Universal double the revenue of digital music downloads showing that streaming isn’t just taking replacing physical music but is also dominating digital music.

The first 9 months of this year did see Universal’s download revenues drop by 29% however the popularity of streaming thankfully offsets any losses. Despite losses from various music formats streaming is doing so well that the music industry is rising in revenue for the first time since the peak of music piracy in the late 90s/early 2000s. UMG is expected to make more than $5 billion by the end of the year.