This Kickstarter project innovates music playing in an entirely unique way combining colour and the world’s largest tool – the world itself.

Specdrums is the name of these new “instruments”, developed by students hailing from Cornell University and CU Boulder. Specdrums come in the shape of rings, yes – for your fingers, that sense colours and creates a new sound for every shade and tone. Tap them on a wall, tap them on tv, your clothes, your cat, whatever you want becomes its own instrument with Specdrums (it’s not recommended that you use your cat as a pseudo-drum-kit).

Speaking on their inspiration, founder and Cornell graduate Steven Dourmashkin says: “Growing up as a drummer, I would tap on everything whenever I was away from my drum set. I was determined to create the most portable drumming machine, capable of turning my taps into real percussion sounds. But what we’ve created is more than just a drumming tool – it’s a new instrument that makes musical creation in general more accessible, welcoming, and fun.” 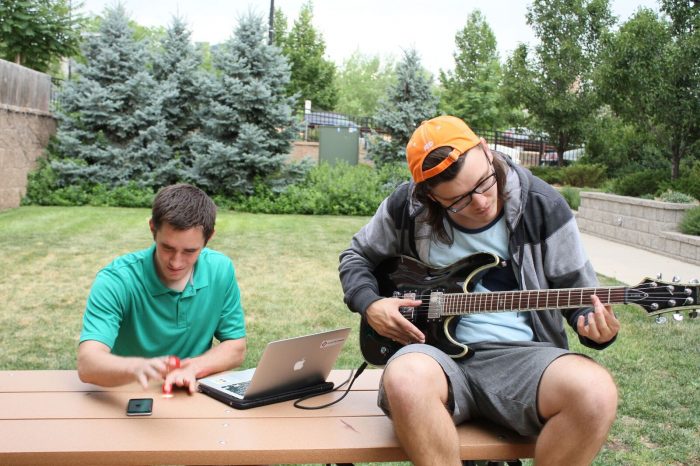 So what’s the big deal? Here are your answers:

It took two years of meticulous design work to create the Specdrums and after nine major versions of the rings they are ready to be played by you. Their Kickstarter has already gone and completely smashed its goal by over 10x and only has a few days left. If you want to get your hands on the first round of Specdrums from Kickstarter before they are shipped you have until September the 15th, 1.44 PM BST.