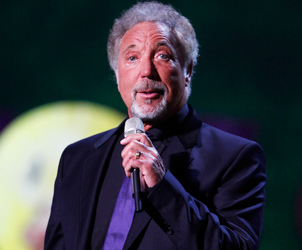 Tom Jones has been called a sick joke by his record label in previous week, but now he has had the last laugh! Tom Jones’ new album, Praise and Blame, has managed to outsell Eminem’s monstrously dominant Recovery album in the U.K.

Having just been released yesterday, Praise and Blame has shot to the provisional Number One spot in the U.K. music charts after one day of sales, leading to Jones suggesting that the two chart heavyweights should join forces in the future for continued world dominion:

“I couldn’t be more proud of this album and I’m really blown away by the response from everyone… It’s great to be top of the charts with Eminem, maybe next time we could be top together.”