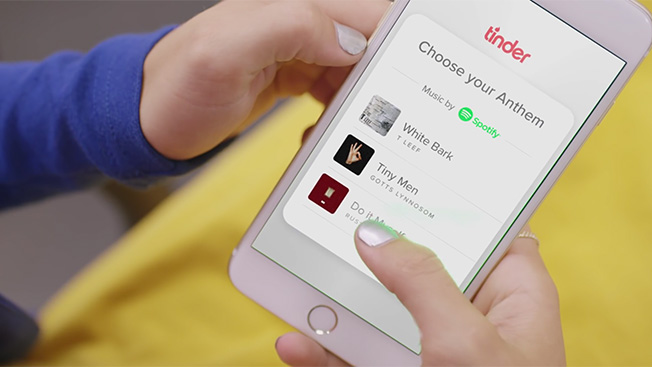 Music is incredibly personal to a lot of people so when dating you want someone who matches your taste and Spotify are integrating further into Tinder to ensure you find the right match.

Tinder and Spotify have made a great match since the music streaming service integrated into the dating app 2 years ago in 2016, allowing people to give a spotlight of their music tastes to any potential suitors. The swipey dating app are now testing even further Spotify integration by letting users share Spotify songs directly as a message in chats with any of their matches.

Currently you can add Spotify to your Tinder profile so that it shows the artists you listen to most based on your recent listening and allows you to select a featured track that represents you in some way. This is great for musos who want to find someone with similar tastes as them, particularly with music’s ability to connect with people on a personal level and create a unique bond.

Tinder’s integration of music has also allowed them to analyse who would be better matches based on their tastes and matches. When listening to Spotify tracks on someone’s profile or sharing them with someone in a chat the other person will be able to listen to a 30 second snippet of the track or use it to go to the Spotify app and listen to the track in full.

Currently the feature is strangely only available in the web app version of Tinder and the company haven’t announced whether they plan to bring it to their popular mobile app or when they might.