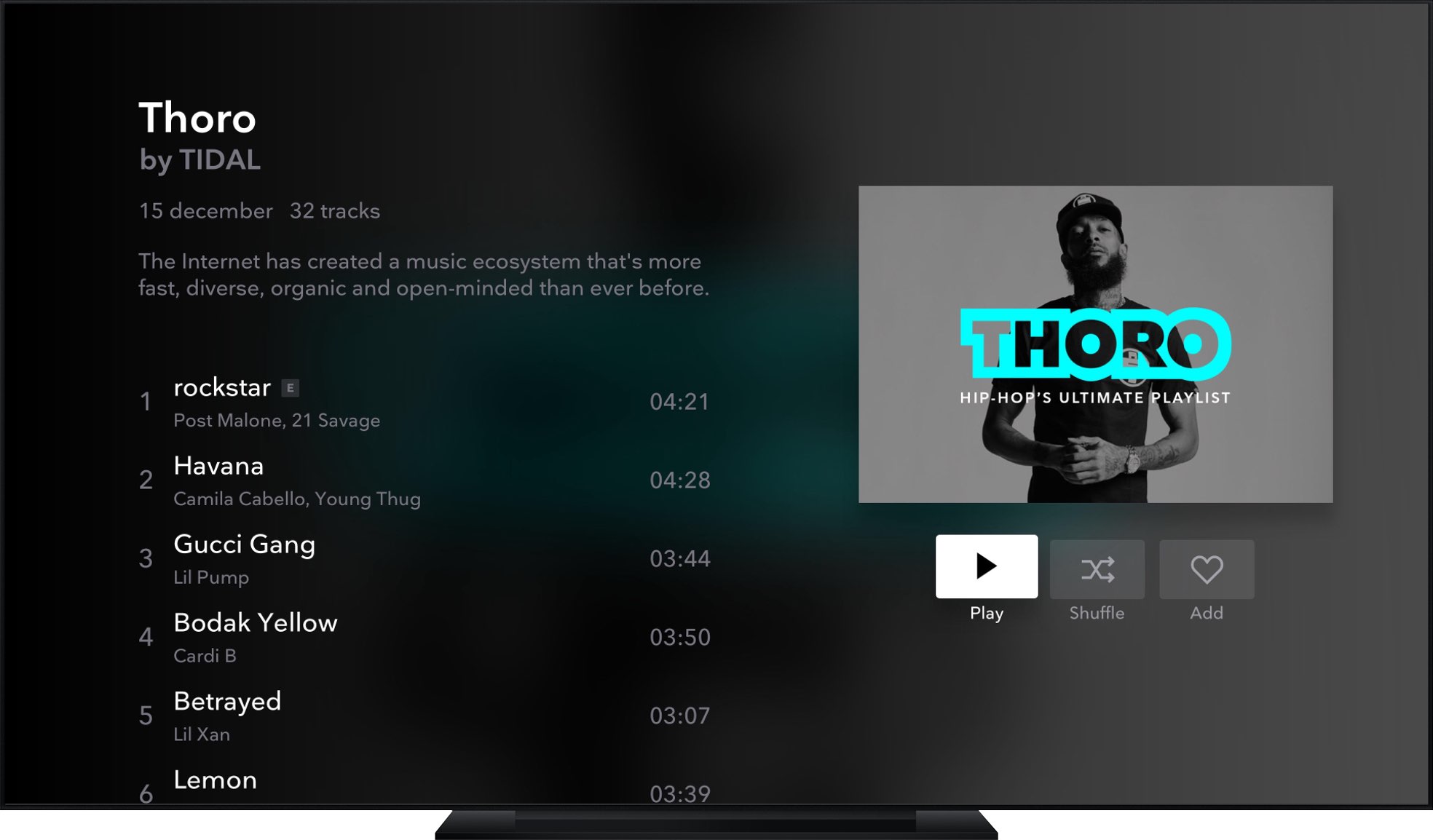 Tidal have launched their first apps for TV, arriving on both Android and Apple TV platforms. This will allow subscribers to access high-definition music, streamed straight through their TV as well as music videos, concert videos, live-streams and more.

The music streaming service, pioneered by hip-hop man and business mogul Jay-Z, was created with the support of a bunch of big artists as a high quality alternative to music streaming. Whilst their high fidelity service drew in a decent membership upon launch the service has been fairly quiet in the past year.

Whilst some assumed that the service was dying behind the scenes their partnerships suggest otherwise, still being implemented into services on a regular basis. Just recently Tidal has been added to Apple’s CarPlay to soundtrack journeys and added to work with Sonos speakers.

The Tidal app for Android TV and Apple TV should be available now in the respective stores for both.