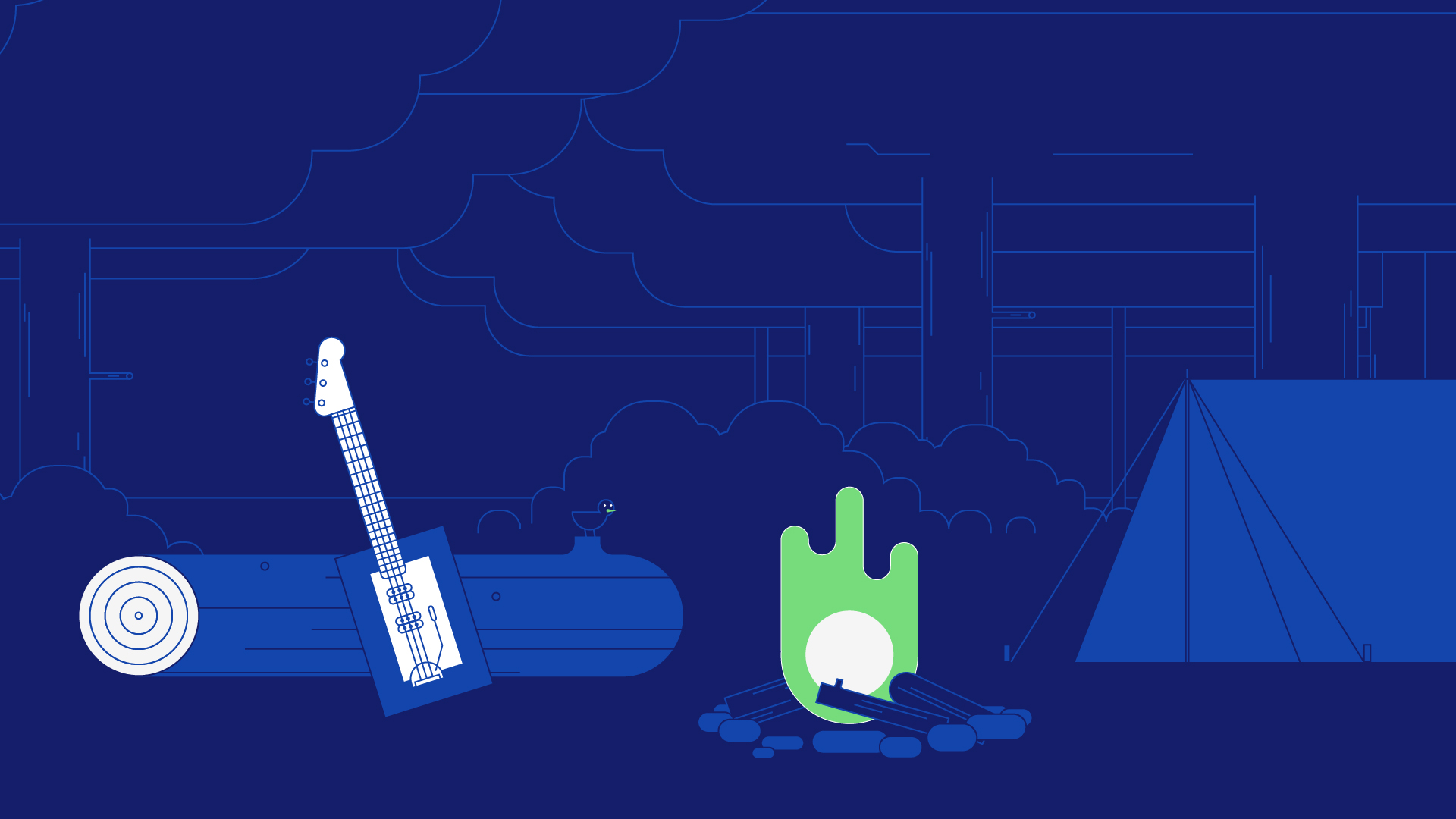 For Mental Health Awareness Week and to help kickstart the conversation that many of us can find difficult, we are opening up to talk about the music that has helped us find a sense of belonging and release amidst life’s chaos.

Music is hope for many people around the world, especially when times are tough. It has this remarkable ability to say how we’re really feeling, often using no words at all. It can unite a room full of strangers and shift energies into new realms. It’s had you up dancing 5 minutes after a breakdown, crying with euphoria. To experience this emotional and physical connection with sound, is one of life’s greatest gifts.

There are only a select few artists that invoke a feeling in me that can’t be recreated; and Floating Points is one of those. Even at my lowest this EP has dragged me out of the darkest places in my mind and into a place of pure bliss; dancing without a care all around my room. Listening to this EP still supplies me with such a visceral sense of happiness and purpose every time I listen, no matter what’s going on in my life or where I am mentally.

Jacca (Marketing): Too Much Sleep by Bongwater

I recently listened to this album again for the first time in a while. I listened to it a lot when I was going through a rough patch years ago and it became something of a sanctuary – as many records do at a particular point in time. It’s heartening to remember how powerfully encapsulating a piece of music was in a space where it was needed; especially when it was a guide through hard times and you can appreciate it differently from a better place.

I really identify with this album, it explores a variety of issues that I experience and can relate to. From working class struggles, loss, and  relationships, to coming to terms with my identity and where I fit in this world. Her words make me feel so empowered. I am a woman, I can take up space and I can be loud.

This album gave me a breath of fresh air. A reclamation of self. In her words, “Sometimes we do not see the fuckery until we’re out of it.

Ty Segall has long been an idol of mine and his ‘Manipulator’ album, in my opinion, is his most cohesive body of work. This album helped me through the lockdowns, reminding me that rock n roll will return when this is over.

Johanna (SynchedIn): A Deeper Understanding by The War on Drugs

Towards the end of 2017 I found myself feeling more lost than ever, existing as if underwater, and gasping for breath due to anxiety. The War on Drugs is a band my father and I share a great love for, and a tour show for A Deeper Understanding holds a firm place in my heart. The glockenspiel in Holding On still unfailingly chokes me up as soon as I hear it. The album represents, to me, a sturdy anchor during a time I was most adrift.

I’ll take you back to the summer of 1991. Metallica had released ‘The Black Album’, it was the beginning of mainstream RAVE culture and at this early stage the ‘Dance Scene’ was not as open and inclusive as it later became. I was 13 with long blonde hair, Doc Martens, skinny jeans, ragged jumpers and a guitar in a tatty old bag. This was not considered ‘cool’ among your average West Midlands teenage clique. I had spent most of the year teaching myself guitar, distracting myself from issues at home and the people at school, but something unprecedented was just around the corner.

Between late August and September, a saviour in a cardigan, raggy jeans and ‘Chucks’ appeared. His name was Kurt Cobain, and in one moment he made it universally OK to be like me. One by one I saw all the school ‘Freaks’ become the new form of popularity.

With Kurt came a different kind of Icon. More Artists who supported views in accordance with Kurt’s Quote:

“At this point I have a request for our fans. If any of you in any way hate homosexuals, people of different colour, or women, please do this one favour for us – leave us the f*** alone! Don’t come to our shows, and don’t buy our records.“

The veil was lifted and in came the likes of Pearl Jam, Soundgarden, Alice In Chains, Mudhoney, Smashing Pumpkins, sweeping away the belligerent outdated views of previous Rock N Roll Artists and uniting other cultures in a way I had not seen before.

Women played a huge part in this too, the ‘Riot Girl’ and ‘Alternative’ scene saw acts like Daisy Chainsaw, Hole, and possibly my favourite PJ Harvey release amazing records. PJ Harvey ‘Dry’ was a huge saviour for me at times.

Recently with Covid it’s been a hard year. People like myself who are prone to both physical and mental symptoms of depression are struggling. I see a thirst for honesty again within the Artist community. People wanting to throw away the veneer of commercialism and believe in something raw.

At the lowest points this year I’ve found much comfort in the music of Emma Ruth Rundle. Her albums ‘Marked For Death’ and ‘On Dark Horses’, for me, show genuine genius and have the kind of inclusive, honest and understanding vibe i’ve always loved.

So my albums to ‘get me through’ would have to be:

This has been my go to album for a while because I’ve had a lot of issues in my personal life over the last year. The album is about finding yourself at the end of a long road of bad decisions and accepting them to move on to a ‘better life’. I think the biggest attraction to the album is, along with the relatable vocals, a unique production that isn’t afraid to push boundaries of contemporary music and create something interesting to avoid the same sad album that you would get from a pop star!

Ellen (Moderation): Moral Panic by Nothing But Thieves

I would like to share with you Nothing but Thieves, who are taking the scene by storm. Not just this album ‘Moral Panic’ I’m holding but also their self titled 2015 album. Not only is their music beautifully arranged, which can just lift your mood straight away but they have always written lyrics that you could relate to. They aren’t afraid to be vulnerable as a band. Bands like this help you get through the low times because you relate, you don’t feel on your own and you feel motivated – musically and personally!

This album was shown to me by a friend when I was going through a bad break up. It quickly became my favourite album. I’d never heard anything like it before, chaotic and a little bit melancholy. It both allowed me to wallow and picked me up.

I have so many to choose from but this one has a bit of a story behind it for me. I grew up with a pretty eclectic music taste which probably stemmed from my dads punk influences and being in bands in the 80s. Zappa, Queen, Zeppelin, Bowie, Queen, The Clash, Sabbath and Floyd are among a few nostalgic ones that remind me of the beginning of getting into music and wanting to play it.

I was lucky to grow up in a musical surrounding and hold onto that as a gift. Unfortunately through my adolescence my family like many others suffered an abnormal amount of suicide. At times it makes you think how easy it is to fall off the wagon and lose sight of the good things in life. Other times the realisation of how lucky we are to be able to keep experiencing, learning and growing in life outweighs those dark times. The art of music helps me to keep the wagon rollin’ because there is always much more to discover!

At one point in my teens, this album was a bit of a guilty pleasure. It wasn’t popular in school but it spoke to me! A friend bought me this album and I have listened to it ever since. It also paved the way for even more alternative music and went down a different musical avenue.

In my opinion I think the term ‘Guilty pleasures’ should be abolished because music ‘the great communicator’ and healer will sometimes hit you when you least expect it and bring a realisation to your circumstance that doesn’t adhere to social norms of what is ‘good’! Whatever makes you something is something that is good!

Here is an album for a rainy day that in my own world amalgamates a lot of my influences. The themes are dark but if i’m feeling down, this can point my woes into a constructive energy and always seems to do the trick!

The album that makes me happy to be alive. I remember listening to these 11 tracks through battered headphones, lying on my bed in a kerrang! mag wallpapered bedroom at 14 and life changed. After surviving another thrash metal fuelled day of high school, I would come home to study everything that came out of Seattle. Nothing hit me like this album though. I felt the pain, the anger and innocence of a young Eddie Vedder in those songs. I will never forget seeing ‘Alive’ in a crowd with my family who started singing ‘she’s still alive’ with their arms around me. Experiencing music on this level is enough to keep me kicking.