Music is everywhere in entertainment, there are even Oscars for music in films, but video games are often overlooked for the massive influence music plays in creating their experiences.

Looking to unearth the epic history behind the use of music in video games comes a mostly crowdfunded documentary, Beep: A Documentary History of Game Sound. The documentary follows sound in music from the very first arcades to present day gaming featuring interviews with over 80 composers, sound designers, voice actors and more, including the legendary Marty O’ Donnell – composer of Halo’s famous original soundtrack and more recently Destiny.

Marty O’Donnell said himself of the doc: “I love this film! It’s amazing and gratifying to see and hear so many talented game audio friends and colleagues all in one place. Informative and entertaining with a bit of a walk down memory lane.”

No longer just the “ugly stepchild” of the games industry, Beep traces the history of game sound from the Victorian penny arcades through pinball and to today’s massive industry of soundtracks and live music. With clips from over 80 interviews with game composers, sound designers, voice actors and audio directors from around the world, Beep is the definitive documentary on game sound. 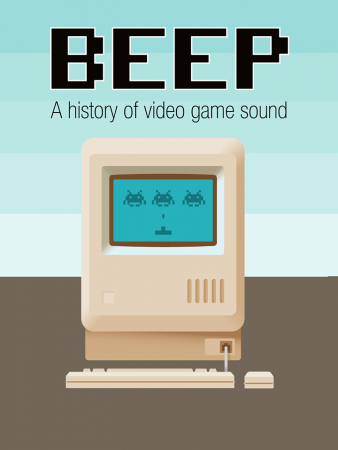 The composer behind games like 7th Guest and Wing Commander, George “The Fat Man” Sanger wrote: “Do you ever think about sound for games? This movie shows it for what it is: an art and a science, brand-new yet venerated, popular yet obscure, beautiful yet quirky. It’s rooted in a sound that is beyond simple, but to make game music is as complex an activity as anything that a person can dedicate their life to. These are the people who have dedicated their lives to just that: “beep.”