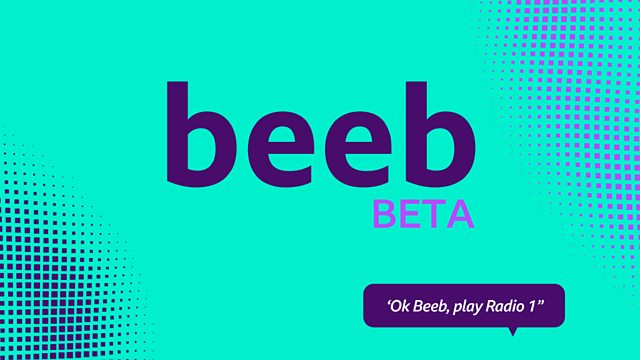 In an attempt to regain some control over how people explore their content online the BBC have launched a voice assistant.

Beeb is a new companion for listeners of BBC Radio and… well, not much more at the moment. In an age of domination by Amazon’s Alexa and, less-so, Siris and Google Assistants the BBC want to rein in their content in the tech world.

Their can be a benefit to this; the BBC seem to want to provide an experience that is more tailored to explore and consume their content by being provided by them. However, it will have to be seen whether there is any longing for that in consumers who can already access BBC content and a plethora of other content from alternative assistants.

They have confirmed that it doesn’t mean they will stop working with third-party partners, at least not yet. The BBC’s COO of Design and Engineering, Grace Boswood said: “It’s not ‘either/or’, we’re absolutely still working with Amazon and they’re an incredible important part to us.”

They’re not planning to release any physical companions for the Beeb to live inside either. In fact, it seems that the assistant is more of a safety net than a fully focused tool. Boswood adds: “It gives us a strategic hedge if Amazon decide not to play fair in terms of how people access the content.”

Currently the ‘Beeb’ can play radio stations, podcasts, and music mixes from BBC Sounds when asked. It also has news and weather information but that seems to be its lot other than a bit of original comedic content from BBC personalities. The software is only in a Beta for Microsoft Windows Insider users at the moment whilst they work to improve it for the future.

The voice used is a departure from the female voices heard throughout the most popular assistants. It also features an interesting choice of a Northern English accent with a twinge of Mancunian providing a refreshing alternative and diversity to the many posh English and central American software voices out there.

Boswood finishes their announcement, saying: “This is very much a first step with Beeb – we have a bold, ambitious vision for what we want it to look like in the future, but there’s a long way to go.”