Steinberg have released a sequel to the mobile version of their famous DAW Cubase, with Cubase 2 setting a new standard in mobile DAWs and music production.

Steinberg, creators of famed music production software Cubase used by producers and artists around the world, have released the second iteration of the popular mobile equivalent – Cubasis. Their new mobile app is available as a free update for existing Cubasis users.

Cubasis 2 will look familiar to most who’ve had the pleasure of using Steinberg’s music software before, but don’t let the looks fool you as there is a whole range of new features and capabilities in their new mobile app. Making use of the Apple iPad’s power and unique controls Steinberg have created an unparalleled DAW for mobile.

Cubasis 2 features an updated interface that enhances the experience with a streamlined design that makes it easier than ever to record, edit, mix and play any projects, which can now be transferred to Cubase so you can extend projects on PC or just edit it deeper. With new real-time stretching capabilities you can easily match loops and samples into your mixes either manually or using zplane’s élastique 3. With just the tap of a finger you can match the tempo of any loops of your own or from Cubasis’ deep library of rich sounding loops.

Cubasis also introduces the ability to tweak your pitch at any time, for one track or the whole song you have the power to create music exactly how you want. Cubasis 2 adds a high-end channel strip that offers up studio-quality effects for each channel like compressors and a tape/tube saturator. 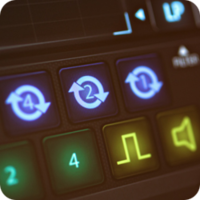 A newly included plugin, Spin FX, allows you to choose from a wide variety of DJ-like style breaks, tape stops, stutters and filter effects to tweak and mash-up individual tracks or even complete songs. Cubasis 2 also sees giant upgrade to their critically acclaimed virtual analog synth, Micrologue, which has been updated with over 75 new presets which Steinberg say are “boundary-pushing and modern sounds putting massive basses, atmospheric pads and stings, razor-sharp leads, evolving SFX/MFX and much more jewelry right in your toolbox”. 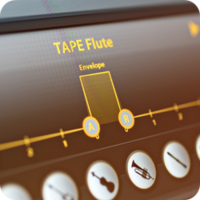 Also new are MicroSonic TAPE instruments which attempts to recreate the “trademark sound of one of the most famous British rockbands of the ’60s and adds extra sparkle plus that timeless classic vintage vibe for all kinds of musical genres. Last but not least is integrated auto-quantize for midi so you sync your tracks up as you record them.

This is the majority of what’s new in Cubasis 2 adding on to the original Cubasis’ great app, offering:

Cubasis 2 is available free for existing Cubasis users on Apple iPad’s with iOS 10 or higher. It is $49.99 for new users from the Apple App Store here.