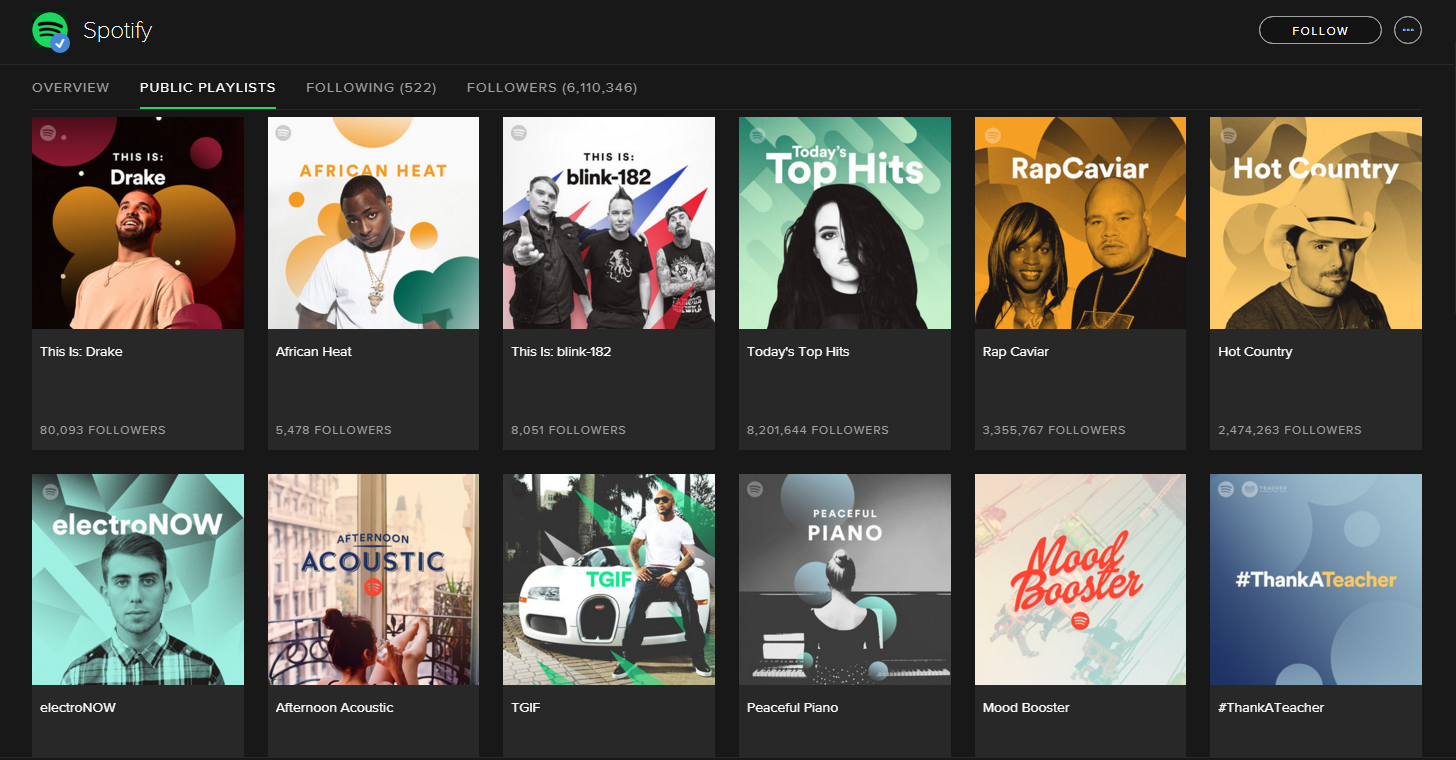 Spotify have revealed that their own playlists get a billion streams every week making over $5 million in streaming profits to rights holders.

Spotify’s own created playlists, like ‘Today’s Top Hits‘ are massive, and now it turns out are responsible for about 14% of all plays on the service. Spotify have revealed some more about just how successful these playlists are, announcing that their branded playlists rack up an incredible billion streams every week.

Spotify have thousands of their own curated playlists that are regularly updated and listened to by it’s 100 million users. With an average streaming rate of $0.007 their billion streams each week make about $7 million which adds up to roughly $30 million every month (who said Spotify doesn’t profit the music industry).

Spotify’s chief strategy and content officer, Stefan Blom said: “We have thousands of these curated playlists within Browse, each of which is handmade around a specific mood, moment or genre. Some of these playlists – like Rap Caviar, Baila Reggaeton, Hot Country and Today’s Top hits – have audiences in the millions that tune in to them every day on Spotify.

“We build these playlists through a combination of the best music experts around, lots of work hunting for great sounds, and a ‘feedback loop’ of real-time user data that tells us which tracks listeners are loving more, and which tracks they may be loving a little less. This let’s us add tracks that are starting to explode, and switch out tracks that have been around for a while.”

Spotify also revealed the most popular of all their own curated playlists with a top ten list:

Blom closed the statement saying: “What does this mean for our listeners? Spotify is filled with playlists that live, breathe and change, constantly updated by human curators using their own love of music in combination with listener data. The perfect marriage of man and machine.“