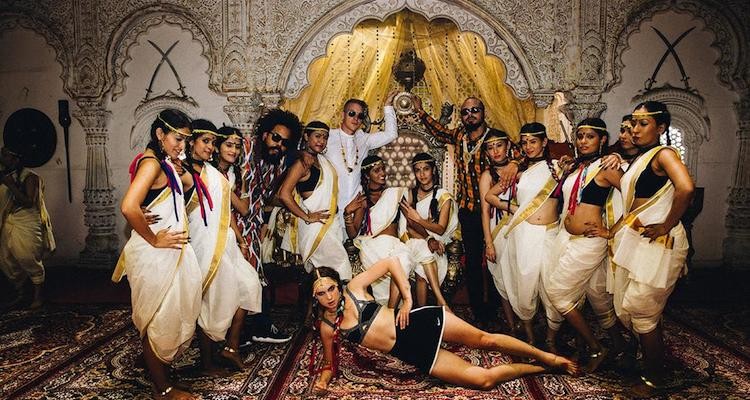 Spotify’s most streamed track of all time has been revealed, and it might not be what you expect.

In August we created a list of the top 25 most played Spotify Tracks that showed Ed Sheeran’s track ‘Thinking Out Loud‘ had racked up the most streams on the music streaming platform. Now there’s a new track on the throne that has moved up from 18th place to 1st in just 3 months.

The most played Spotify track is now Lean On (feat. MØ and DJ Snake) by Major Lazer. Lean On, released on Mad Decent in the US and Because Music in Europe, made it to 4th place in the US charts and 2nd in the UK, topping other charts, when it released in March. The song has since managed to receive 528-million plays.

Lean On was recorded by Major Lazer after being turned down by Rihanna and Nicki Minaj when Diplo (one half of Major Lazer with Switch) wrote the song with MØ as a slow reggae track. A year later Diplo regards it as a blessing in disguise that it was turned down so that MØ provided the vocals, saying: “MØ sounds better than anybody was going to sound on that record.”

Speaking on the production process Diplo said: “We wrote this song with MØ very early from an instrumental Jr Blender created in some sessions in Trinidad. It was a strong hook. Very big to me but the production was lacking an attitude we needed. A year later I remixed the song at a completely different tempo and asked DJ Snake for a signature post chorus.

“After he did his thing me, MØ and Blender rewrote the song at the new tempo in Las Vegas and made something very unique that became our album’s lead-off single. We’re super proud of this song.”

Keep up to date with what the most popular songs of all time on Spotify are with Ray Fontaine’s “Spotify’s Most Played All-Time [Updated Daily] |Most Streamed | Top Played” playlist below.