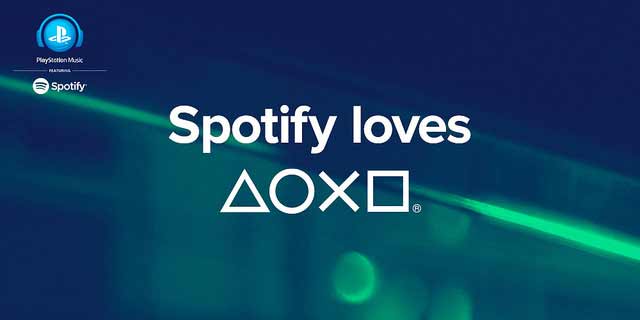 With a giant summer update some thought that Xbox consoles might finally get Spotify, but their exclusive deal with PlayStation is alive and well… for now.

The upcoming update for Xbox promises some cool new features like Cortana support and the long awaited ability to play music in the background. Unfortunately when you’re listening to music whilst exploring your game worlds on Xbox it won’t be played through Spotify.

Spotify have had an exclusive contract with Sony that has brought their popular music streaming to Playstation game consoles. In response to a tweet asking whether we could see Spotify coming to Microsoft’s xbox consoles soon, Spotify said: “Right now we’re focused on our exclusive partnership with PlayStation, we don’t have any info regarding other consoles”.

Hi! Right now we're focused on our exclusive partnership with PlayStation, we don't have any info regarding other consoles/BE

That doesn’t mean we won’t see Spotify come to Xbox sometime in the future, Spotify even suggested that we could expect some news soon in a follow up tweet. When user Daniel Duke said that he wouldn’t purchase their family plan because Spotify isn’t on Xbox, they responded: “We want to be available on as many platforms as possible. We don’t have any more info to share right now, but stay tuned”. Oh Spotify you tease.

Hey! We want to be available on as many platforms as possible. We don’t have any more info to share right now, but stay tuned /NZ

For now we will have to make do with the existing music services on Xbox, which is currently only Microsoft’s own streaming service Groove. They haven’t revealed whether any new services will be introduced to the platform when they launch background music compatibility with Xbox but we’re hoping that we get to see some new additions.

Although music streaming is primarily popular on mobile devices and computers their appeal is clear on consoles as Spotify’s PlayStation app has been home to over 5 million streams. For now Spotify remains a PlayStation exclusive when it comes to game consoles, but fingers crossed we could see that change soon.