Spotify’s road of success is showing no signs of slowing down as it’s been revealed that Spotify’s revenue has increased 80% in 2015, with an 85% increase in payouts to the music industry.

Whoever said Spotify doesn’t pay? Spotify earned an impressive $2.18 billion in 2015, almost double their earnings of $1.3 billion in 2014. Of these revenues the total payments to the music industry grew by 85% for a payout of $1.83 billion.

In case you can’t see the correlation, that’s a massive majority of Spotify’s total earnings, proving that they aren’t the ones leeching the profitability out of their service. Many of the artists complaining that they’re receiving little to no money on their music don’t blame the middle man – often big labels taking ridiculous percentage cuts.

In their financial report in Luxembourg, Spotify said: “Music has mass market appeal – and, as such, we believe we are just at the beginning of a much larger market opportunity, benefiting from significant first mover significant first mover advantages… Subscription-only models have not yet proven scale and free user models, while scaling, have not proven a path to profitability. Spotify has combined (the) power of both.” 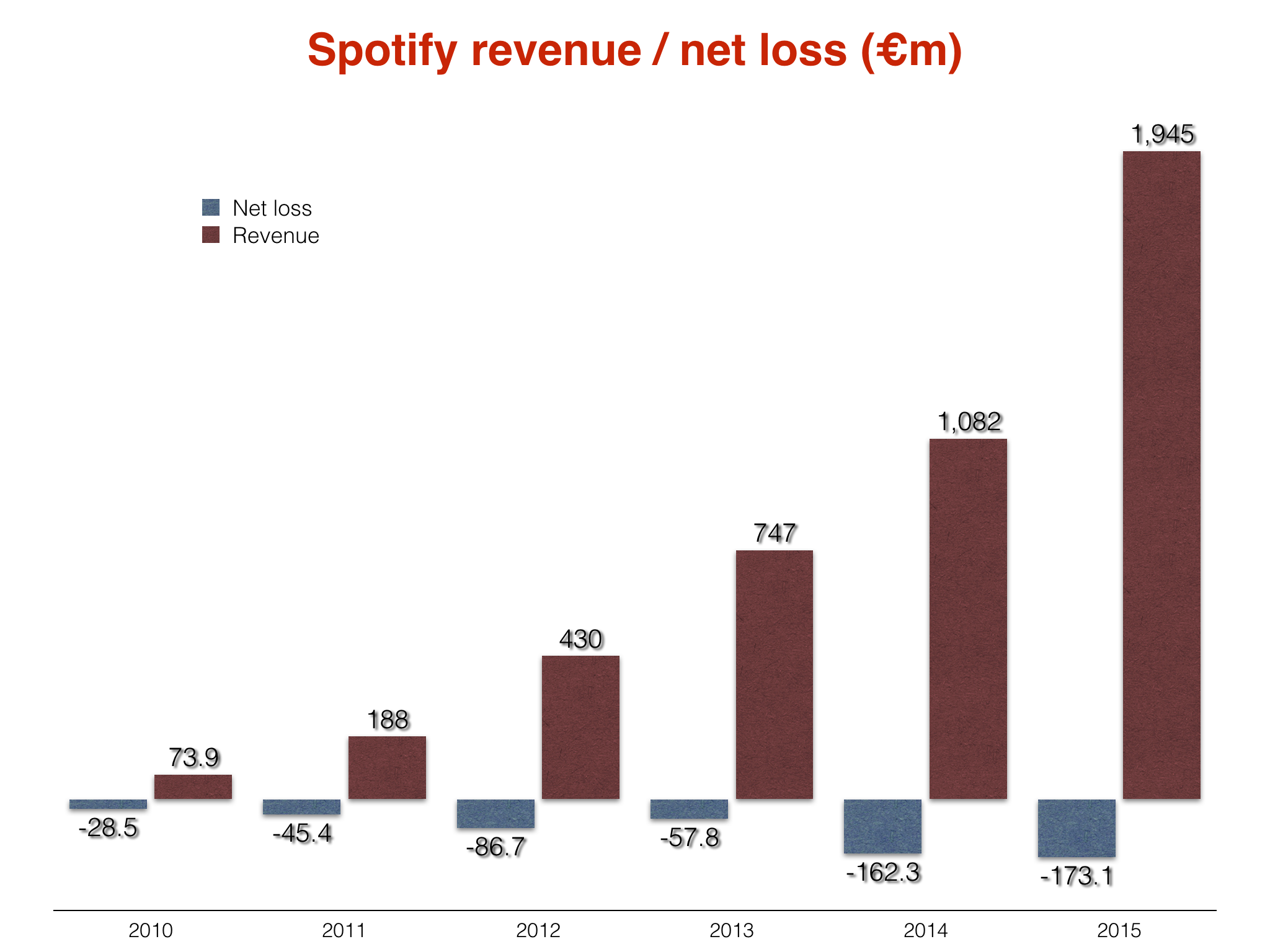 As you can see though revenues may be increasing so are losses, but the ratio of gains to losses is dropping massively and suggests Spotify are close to turning around from their non-profit, startup roots.

Spotify are calling it their “best year ever” and fairly so; subscription revenues grew 78%, advertising revenues grew 98% and you already know how much their industry payout improved. Streaming is now a giant part of the industry and even accounts for two of the major labels primary income, as it continues to grow so will profits and awareness behind how streaming works – hopefully leading to a harmonic companionship between artists and services.