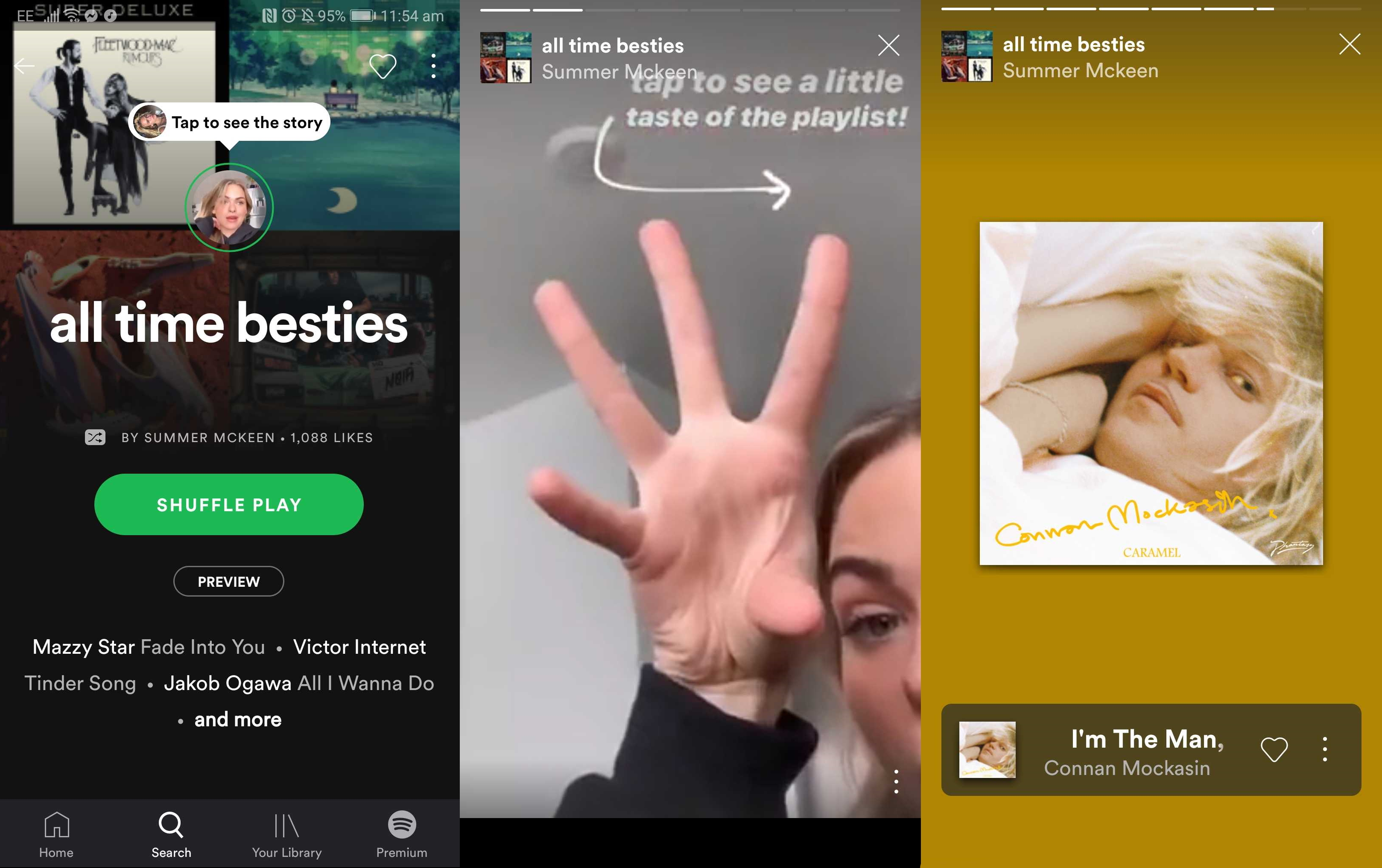 Spotify are testing a feature that lets users add a short video clip to their playlists. They work the same as social media Stories so that listeners can simply tap the playlist picture to watch the clip promoting the playlist and its latest tracks.

The icon at the top of the playlist shows a small circular animated preview of the story to let you know it’s there. The feature is being tested for influencers with a large presence on Spotify to share with their followers when they update their playlists.

Multiple clips can be added to pack out the story with lines at the top of the screen showing how many videos there are, just like on social media versions. The clips can be recorded video or snippets of the songs featured in the playlist with the artwork.

The feature is being tested right now with popular YouTuber Summer McKeen. Spotify have selected her for her significant following on Spotify as well as her enjoyment in creating her own playlists of personally selected music.

Spotify intend to roll out the feature test to other ‘influencers’ in entertainment, lifestyle and hopefully also music. They are basing their initial group of testers on their presence on Spotify, particularly their follower count and tendency to create playlists.

Spotify don’t seem to have any intention on bringing this feature to artists. They want to use it as a promotional tool for discovering music, rather than promoting their own releases or for just general use like on social media.

The feature is currently only working on iOS and Android. In a comment to TechCrunch, Spotify said: “We routinely conduct a number of tests in an effort to improve our user experience. Some of these tests end up paving the path for our broader user experience. We have no further news to share on future plans at this time.”