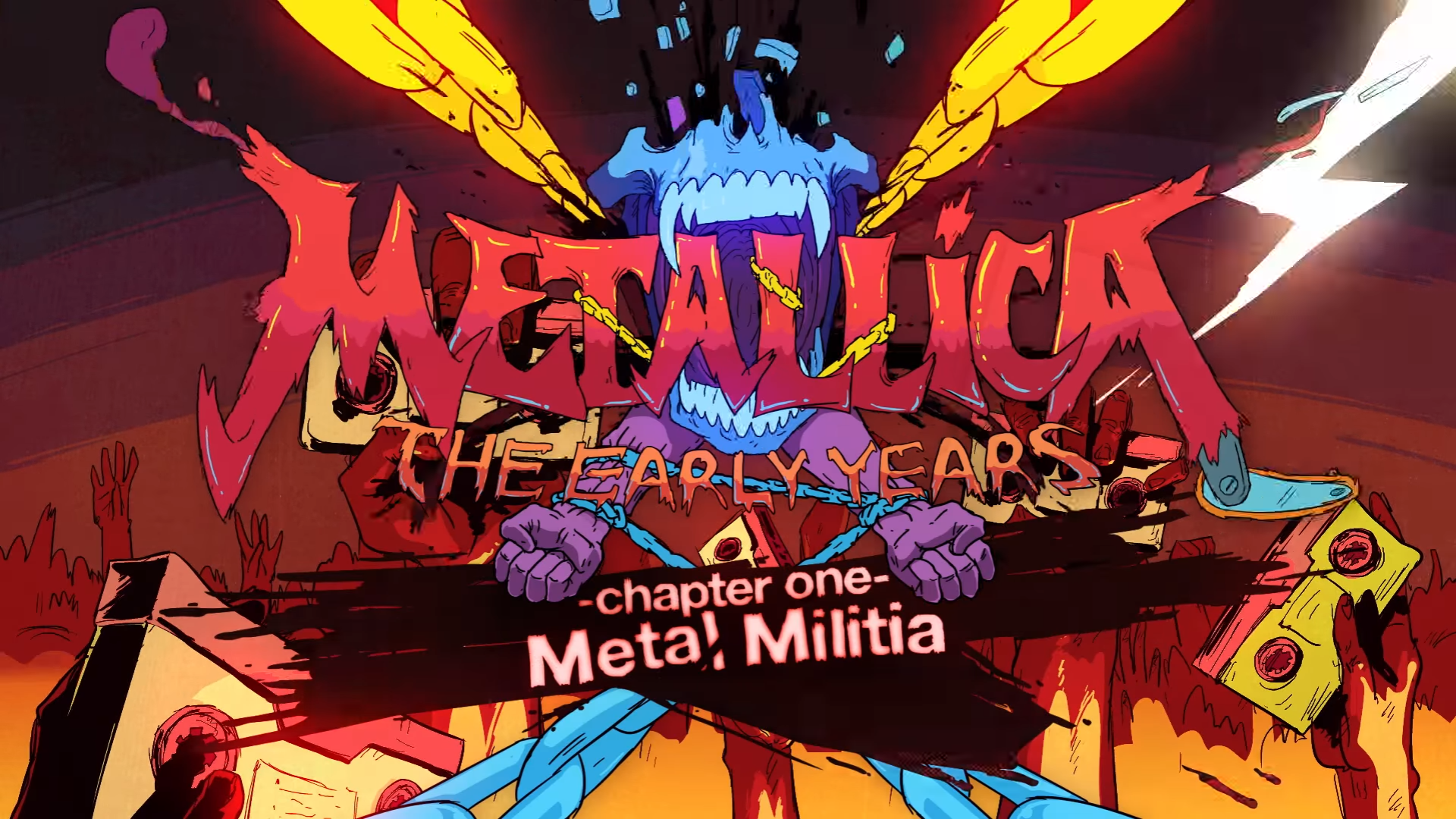 Spotify have kicked off a series of new documentaries with a 4-part video series on Metallica’s formation and influence early on.

In the last week Spotify have kicked off their “first wave” of original video content with a short animated video on EDM’s influence on the world last week and now the debut of a new series that looks at landmark moments in the history of music, starting with ‘Metallica: The Early Years’.

The series, appropriately titled ‘Landmark’, was announced when Spotify said they would be releasing 12 original video series as their first phase of video production. Earlier this year Spotify launched a video section to their mobile apps for a bizarrely varied collection of video content, but with original music-related videos the section will start to seem a lot more robust.

The first episode of Metallica: The Early Years is called Metal Militia and is available on YouTube, however the other 3 episodes seem to be only available on Spotify’s mobile apps.

Here’s the description for each chapter:

How did an army of tape-traders help a group of pimply misfits “go viral in 1982? Metal Militia recounts the story, from Lars Ulrich’s chance encounter with Motorhead in a London rehearsal space to the arrival of Cliff Burton.

Chapter Two: Metal Up Your Ass

With the arrival of Kirk Hammett on guitar, Metallica now had all the weapons they needed to record their debut album, Metal Up Your Ass. Although they were forced to change the name, they still managed to change the game with a unique combination of punk aggression and metal riffs that would come to be known as thrash.

With Cliff Burton fully on-board as a contributing songwriter, Metallica’s vision grew exponentially with the follow up to Kill’ Em All. From literary references in the lyrics to acoustic guitars to – gasp – a ballad, Ride The Lightning showed the band’s growing ambition, creative potential, and willingness to piss off critics and fans in the pursuit of something epic.

In the span of a few short years Metallica went from dive bars to stadiums. This is the story of what happened next.

Each episode is between 5-10 minutes long and is available to watch now on Spotify’s mobile app. If you can’t wait to open the app though, here’s the first episode: