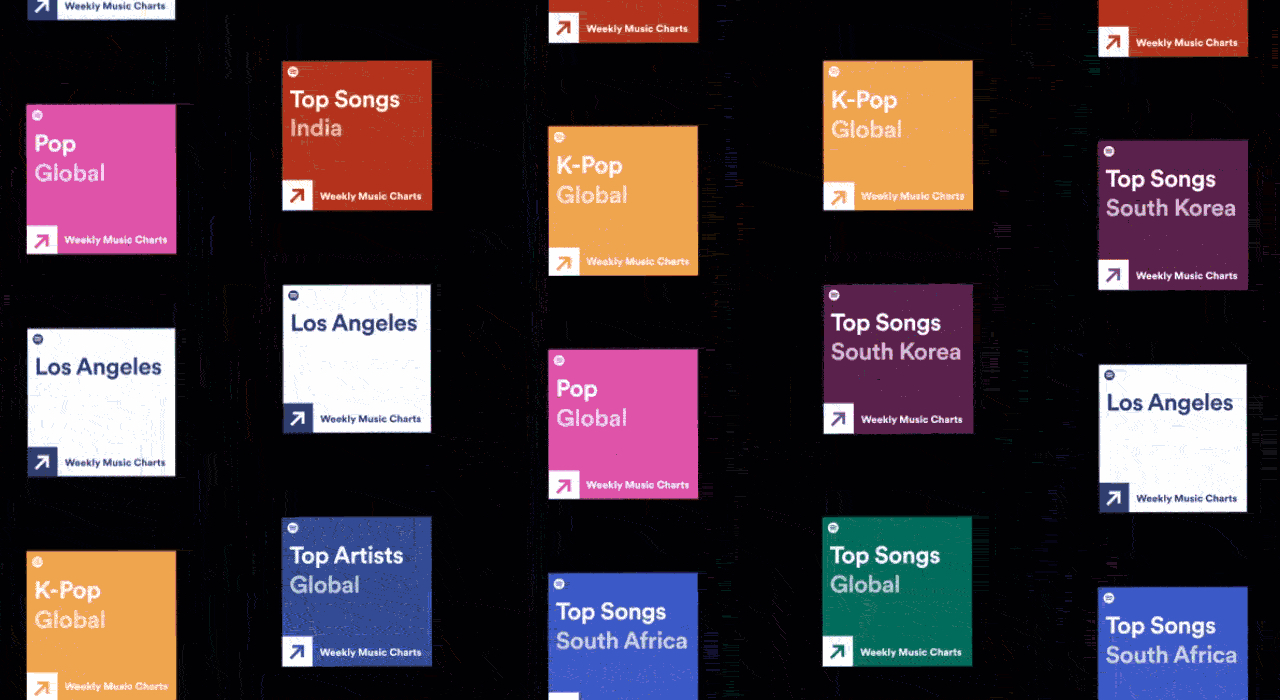 Alongside the redesigned site, Spotify launch new charts based on genres, cities and more, great for artists and fans.

Last year, Spotify relaunched and expanded Spotify Charts to give artists more opportunity to celebrate their success with fans. These new charts were published as playlists in the Spotify app, with weekly flagship and debut charts hitting Twitter and Instagram. With their latest update, Spotify are hoping their Charts site will be the new destination to go deep on all the data, see what music is moving listeners around the world, and share the success of the music and artists you love. Spotify Charts gives more artists the opportunity to reach position globally, and gives fans and artists new shareable Promo Cards to celebrate wins and milestones together.

First up in the update are Spotify’s Artist Charts. These show who is at the top of their game based on streams across their entire catalog and gives fans a chance to track their favourite artist’s rise. Updated every Friday, Artist Charts show the top 200 artists globally. Use the drop-down in the top right to filter by one of 65 markets.

As new sounds emerge and diverse artists collaborate, the concept of genres expands and new genres are born. Spotify’s Genre Charts celebrate that evolution and helps fans stay on top of their favourites. Each week Spotify generates the top 200 songs across 17 genres. Song’s genres are based on context from user playlists and editorial feedback. Currently artists aren’t able to edit their songs’ genres, but can flag any miscategorization to Spotify’s artist support team.

Artists and fans around the world set the soundtrack to their cities. Each Friday Spotify’s City Charts list the music that is popular among listeners in over 200 of the top cities around the world.

Local Pulse charts take this a step further by highlighting uniquely popular songs in each city. Each track’s popularity among listeners in each city is compared to its popularity around the world, to show off the distinct taste of local listeners.

With new charts comes new data, with the expanded view showing chart entry dates, peak positions, streaks, as well as songwriters, producers and the label or distributor powering each release.

Available to artists and fans alike, shareable Promo Cards are a great way for both to celebrate their success. The new Promo Cards accompany any chart position on their site. Simply click More beside any track, SHARE PROMO CARD, choose the aspect ratio, then download or share the card to Twitter or Facebook.

Get your own music onto Spotify for free, build your success and feature in Spotify’s chart next week.