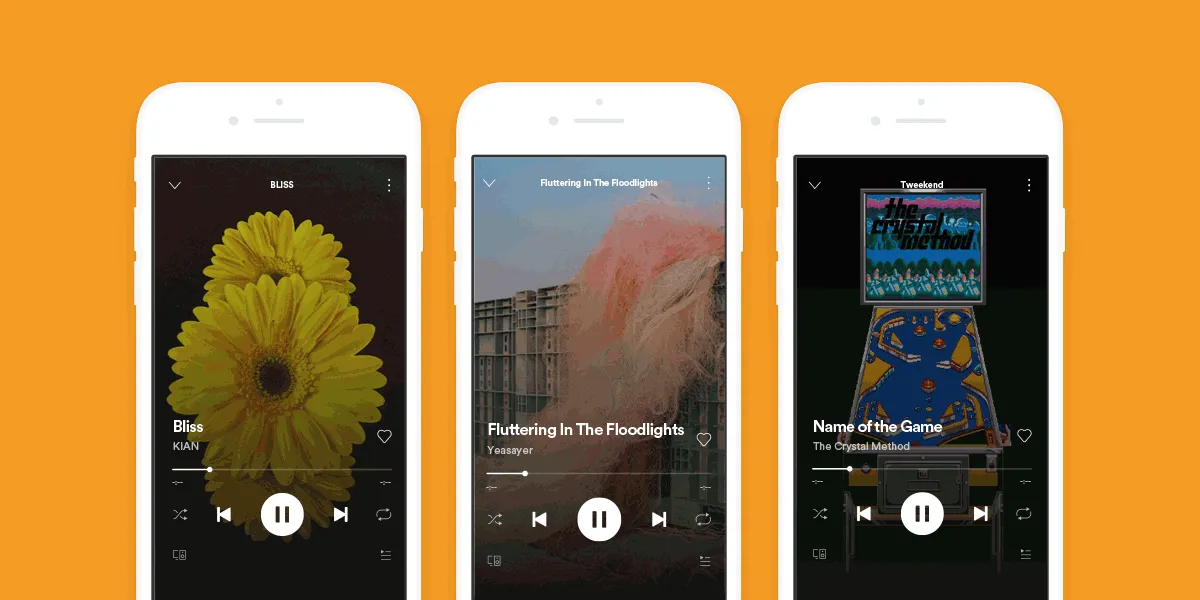 Spotify are testing out a transformation of the time-honoured sidekick to music: The album artwork.

Artwork has been a massive part of music for nearly a century. The visuals chosen by an artist or their team to accompany their music acts as an introductory passageway to the audio within.

When you pick up a record you see the artwork before you ever press play. From Blue Note’s legacy defining jazz not just through the musicians but through their iconic artwork, to Nirvana’s bold display of infantile nudity on Nevermind; artwork is now inextricably interwoven with music to resonate on multiple frequencies of art.

With the introduction of cassette tapes and CDs, the album art’s importance was quelled but not quashed. The size of vinyl required each album’s artwork to stand out in their own right, it was unavoidable and the unique imagery of each record lined the walls of record stores.

Whilst vinyl is seeing a resurgence, and artwork is certainly still a beloved and important element of musical art, the significance of artwork has never quite returned to those pre-80s years. But times change, naturally, and so do the medias we work with.

Spotify have helped to completely revolutionise the ways in which we listen to music in the past 10 years or so, with the help of other streaming services and digital music companies. We’re no longer limited by how many times we can justify spending £10+ for a record in a month or rooting through the bargain bins to find a hidden gem.

The world’s music; old and new, far and wide, the rarest and biggest artists are now placed just a click away for us to listen to. We’ve already started to see how this new form of listening is transforming the music industry. Music streaming has seen tracks get shorter whilst albums get longer with more tracks.

But there is so much more that can be done with music and the new technology that is powering its distribution than just playing algorithms for better returns. Spotify’s new exploration of video artworks is a prime example of how music streaming could reinvent the format in the same way that artwork enhanced it nearly 100 years ago.

Spotify have been trying out moving artworks for certain albums on their platform. When you stream these select records the Spotify app will fill your screen with a looping animation or few seconds long video. It’s very simple and mostly seems like goofy fun more than an artistic complement at the moment.

The ‘Canvas’ feature is only available for select artists so far but if the access spreads further to other artists it will be exciting to see how artists can use it creatively and uniquely. With digital media powering our music experiences nowadays there is a lot of creative potential. Canvas is hopefully the start of further exploration with music listening experiences and new technology when there’s so much that could be done. What will be the next album art to the album?

You can find a list of all the Canvas video artworks on Spotify’s Canvas page, including Billie Eilish, Bring Me The Horizon, Solange and many others. Spotify have a waitlist for artists to join to find out more whenever they release any updates on Canvas.