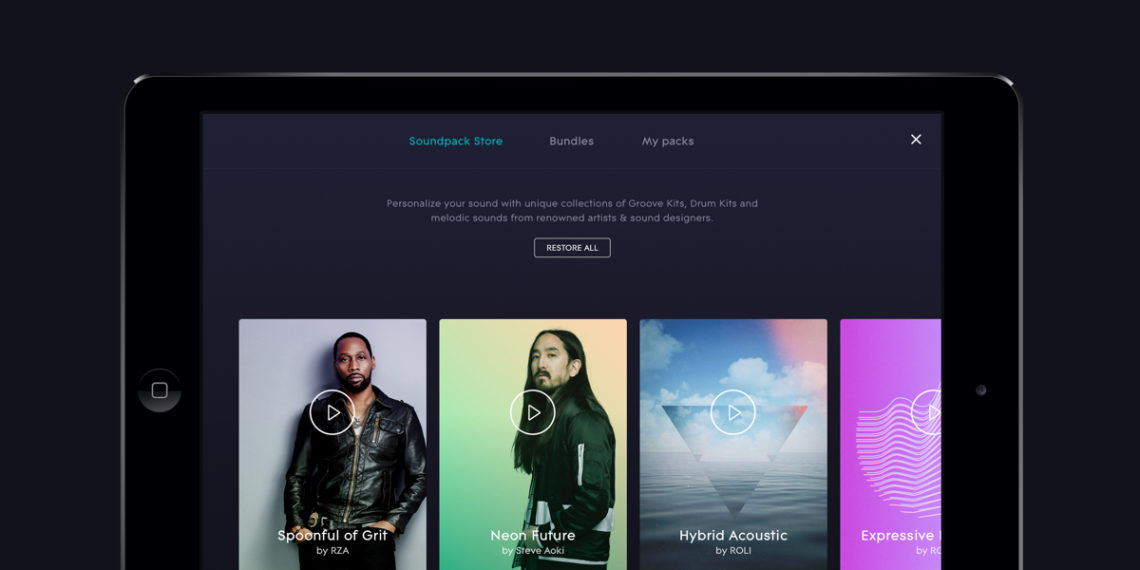 Developers of some of the most intriguing music tech in recent years, ROLI have come out with 9 new soundpacks full of quality samples and one-shots including from Steve Aoki and RZA.

ROLI’s new packs triple the amount of sounds available on their fascinating new magnetic BLOCKS devices through their companion app – NOISE. With a bunch of new possibilities included in the packs ROLI’s already fascinating BLOCKS can now do even more.

One of the packs comes from rapper, founding member of Wu-Tang Clan and hip-hop producer extraordinaire RZA. ‘Spoonful of Grit’ promises some hard and tasty sounds straight out of NYC in the 90s. The second featured pack is ‘Neon Future’ from Steve Aoki which promises “distorted gritty basses and uplifting beats” with 16 custom-made presets from Big Room Lead to Deep Bass from the DJ.

The other 7 packs cover a range of genres and interesting new sounds to play around with:

World Colours: Travel through a diverse world of electronic and acoustic soundscapes with an eclectic set of world sounds. Includes 4 percussion drum and groove kits and 12 hybrid synth presets like Tuned Ethno Clave and Kilimanjaro Mallet.

ROLI are planning to release even more packs in the future, saying: “This is just the beginning of an ever-growing collection of soundpacks from world-renowned artists and sound designers.” You can get a taste of what all ROLI’s new packs sound like from here.

The brand new soundpacks come free for BLOCKS owners or can be bought in the new Soundpack Store in NOISE.