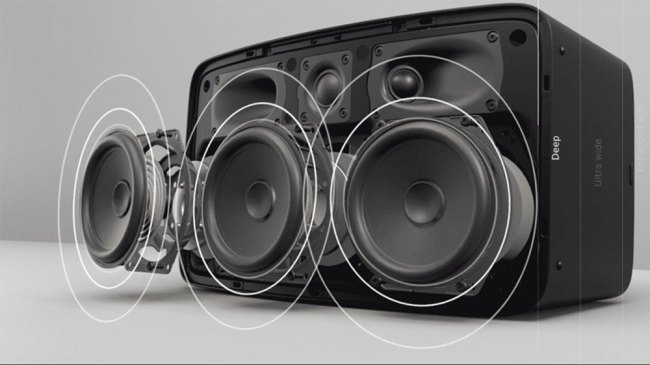 New online leaks seem to show a bunch of new devices in the pipeline for Sonos with an official announcement on the way this week.

New images were posted in a, since deleted, tweet that seemed to show brand new speakers on the way from Sonos, including a a new sub. It’s been referred to as Sonos Sub (3rd Gen) and was posted alongside Sonos Five which looks to be a successor to the Play:5 with a date of 2020.

Earlier this week another leak seemed to reveal an updated version of their soundbar. The new Playbar, called Arc, is expected to be the reveal that Sonos are set to make today – though some suspect all three will be announced.

The Arc has had the most supposed features leaked for it. It will feature Dolby Atmos speakers with four along the front, a side-firing driver on both ends and two suspected upward-firing speakers for eight in total.

The Sonos Five meanwhile seems to be a mostly faithful recreation of its predecessor but with enhanced audio outputs. There are 3 large woofers and 2 tweeters for a powerful and full stereo sound. Producer Giles Martin has been reported to be behind the audio in it.

We’ll find out later today how accurate the leaks were if it all.