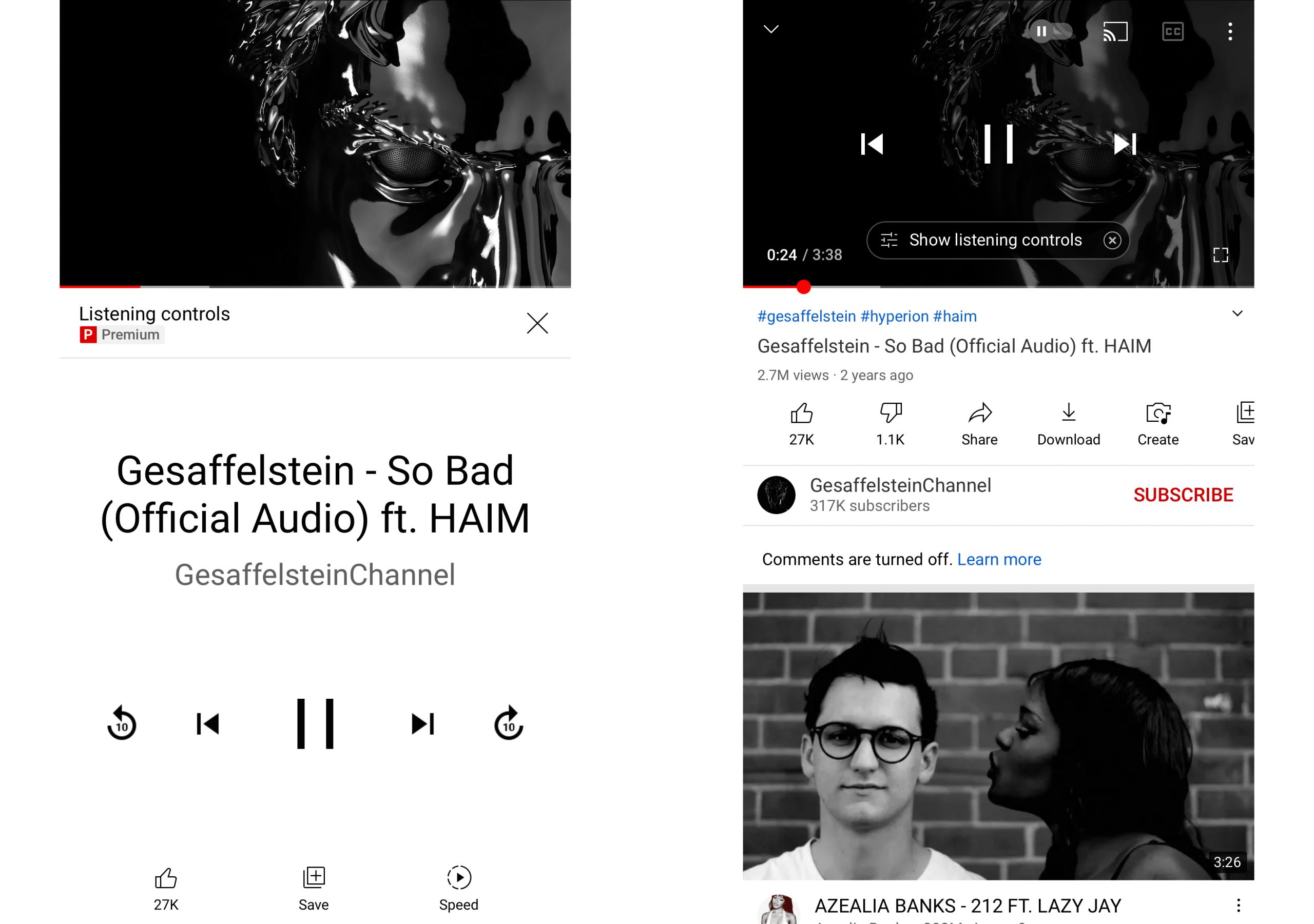 Or perhaps they don’t know it’s there, or maybe they don’t care for switching between the different apps. Whatever the case, Google want Premium subscribers to start making use of their YouTube Music access and they’re testing features that will allow users to make the most of their subscription in one place.

9to5Google noticed the changes which offer music listening controls similar to the Music app but in the main YouTube app. It’s a very limited test as other publications haven’t been able to recreate the features. 9to5Google report that it’s only been found on iOS.

The features in question show an overlay on music content saying ‘Show listening controls’. Clicking on it will bring up controls similar to the YouTube Music app’s player with pause, save, song skipping functions and more. 9to5Google report it also works when casting to speakers.

As a test there is no confirmation whether these features will be coming as a standard for YouTube apps any time soon. It’s no surprise that YouTube want to maximise the use of their features, particularly as a lot of Premium subscribers might be going elsewhere for their music but might be enticed with a seamless flow between YouTube content and music.