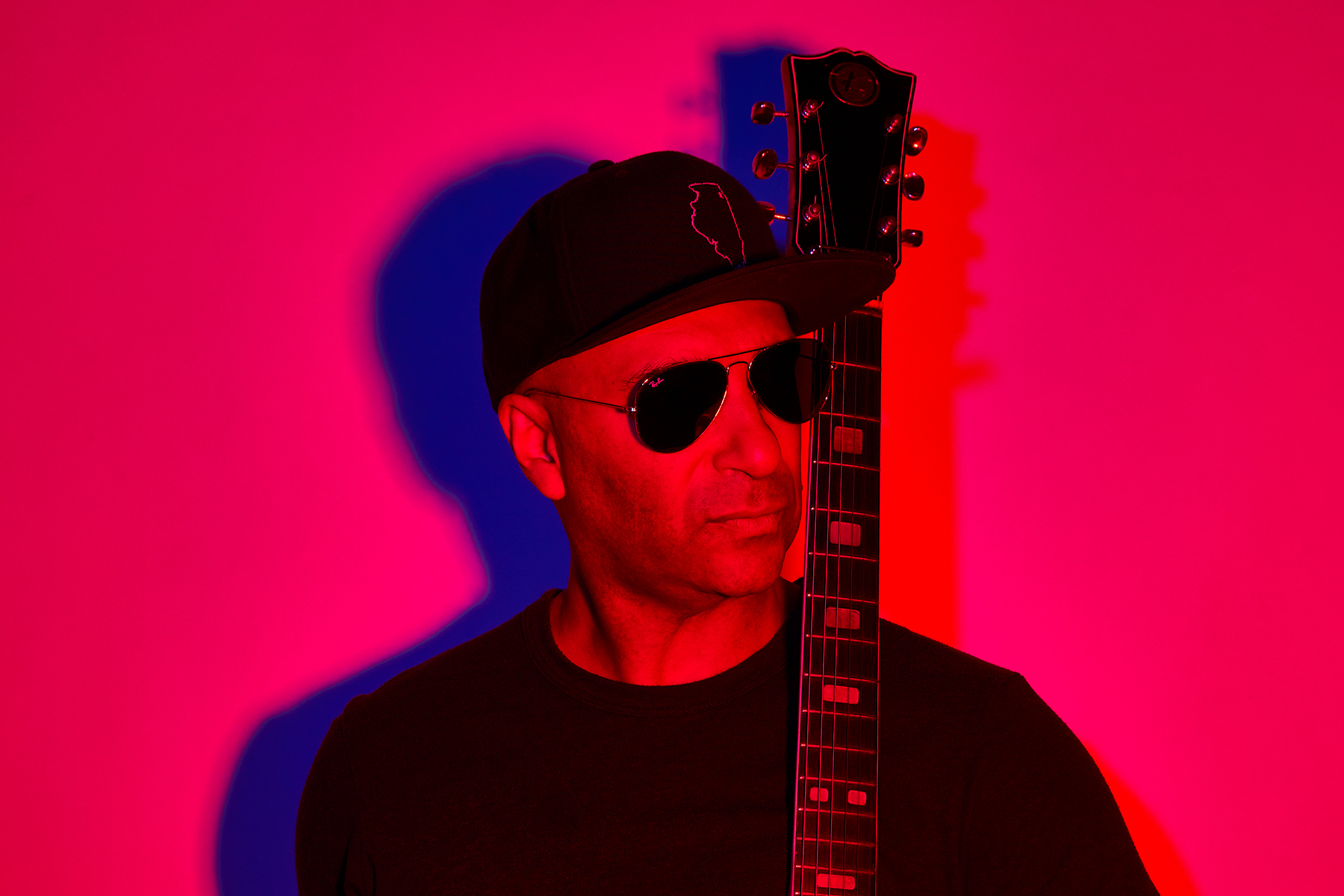 After hearing Kanye West records vocals using the Voice Memos app on his iPhone, Tom Morello was inspired and overcame his creative block.

After Rage Against the Machine’s 2020 world reunion tour was placed on hold due to the pandemic, guitarist Tom Morello found himself stuck at home with little inspiration or resources to record new music. In an interview with Rolling Stone, Morello said:

I didn’t pick up a guitar for the first six months. For the first time as a creative person, I felt wholly uninspired. It was made worse by the fact that while I have a studio in my home, I don’t know how to work it. There’s an engineer that normally does that.

Morello says that inspiration came thanks to Kanye West:

I read a quote by Kanye West where he said he had recorded the vocals for a couple of his hit records on the Voice Memos [app] on his iPhone. I was like, ‘You can do that?’ And I started just playing guitar straight into my iPhone. I’d send the guitar riffs off to various producers, engineers, and artists around the world. That re-light the pilot light.

Tom Morello’s third solo album The Atlas Underground Fire drops this Friday with collaborations from the likes of Bruce Springsteen, Eddie Vedder, Bring Me the Horizon, Chris Stapleton, Damian Marley and Mike Posner, who all recorded their parts remotely. Talking on the sound quality of recording guitar parts via the Voice Memos app on the iPhone, Morello continued:

I think my sound quality has been degraded since day one. I’ve aimed for that. [Laughs] I prefer a degraded sound quality. If you’ve heard the record, 95% of the guitars on that record were recorded on my phone. I have an engineering credit on the record since I hit the red button on my phone to record the guitar.

When asked if he was finally going to learn how to use the recording studio in his home:

[Laughs] Now I don’t ever need to. Now there’s no need. I have engineered things a few times in the past few months and I can easily slide back into that way of recording, but I’m not afraid to just hit the red button on the voice memos, set the phone down on a folding char, and just let it rip.

For more from Tom Morello about the upcoming album, life during lockdown and more, head to Rolling Stone for the full interview.

Tom Morello demos just how easy it is to get into professional music production in 2021. Once you’ve finished your own masterpiece, use RouteNote to distribute your music far and wide.