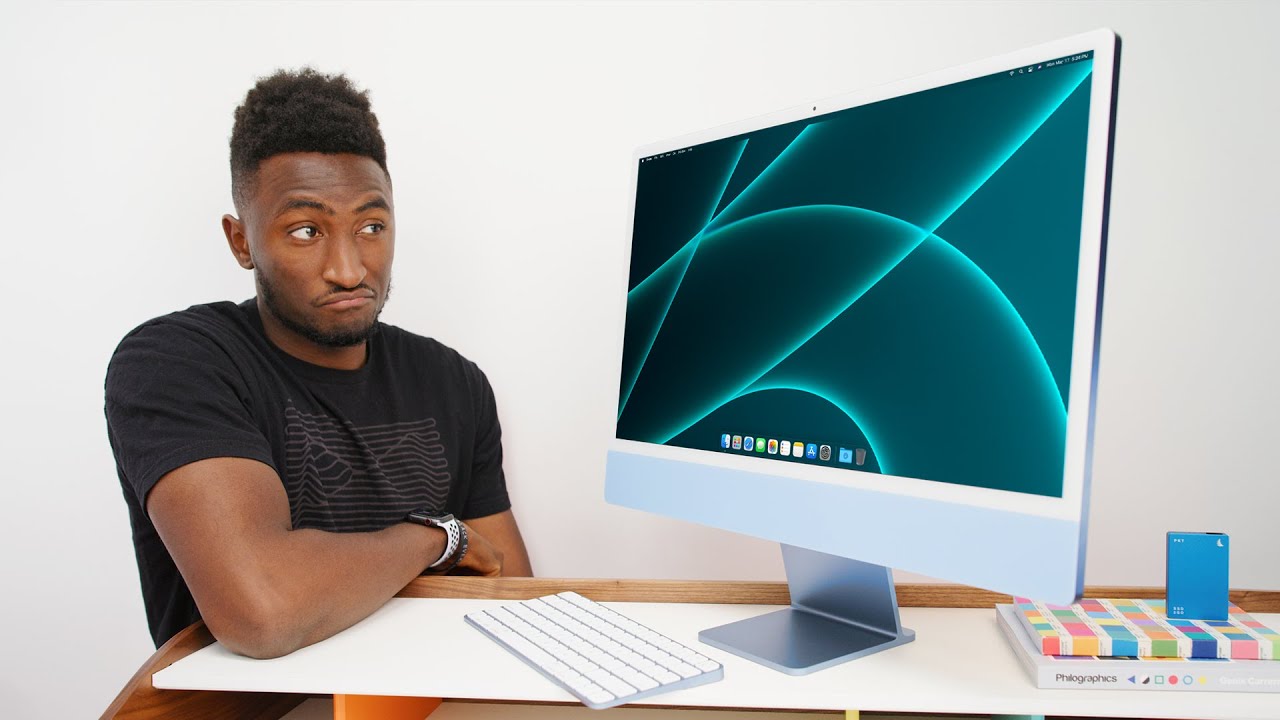 What makes this computer so special? Well it’s Apple’s first iMac to be treated with their M1 chip, the same found in last year’s Mac mini, MacBook Air, MacBook Pro and the upcoming iPad Pro. M1 has been highly-praised for it excellent performance and efficiency. As we’ve already seen the performance that the M1 is capable of, Marques Brownlee focuses more on the design of the new iMac, complete with controversial white bezels and large chin.

The computer starts at $1258.99 on Amazon, with shipping beginning June 1st. Configurations start with a 7-Core GPU and 256GB SSD, however as Marques states in the video, most buyers should opt for at least the $1499 8-Core GPU, 256GB SSD model for the extra Thunderbolt/USB and ethernet ports, as well as the Touch ID keyboard. The new iMac comes in Blue, Green, Pink, Silver, Yellow, Orange and Purple.