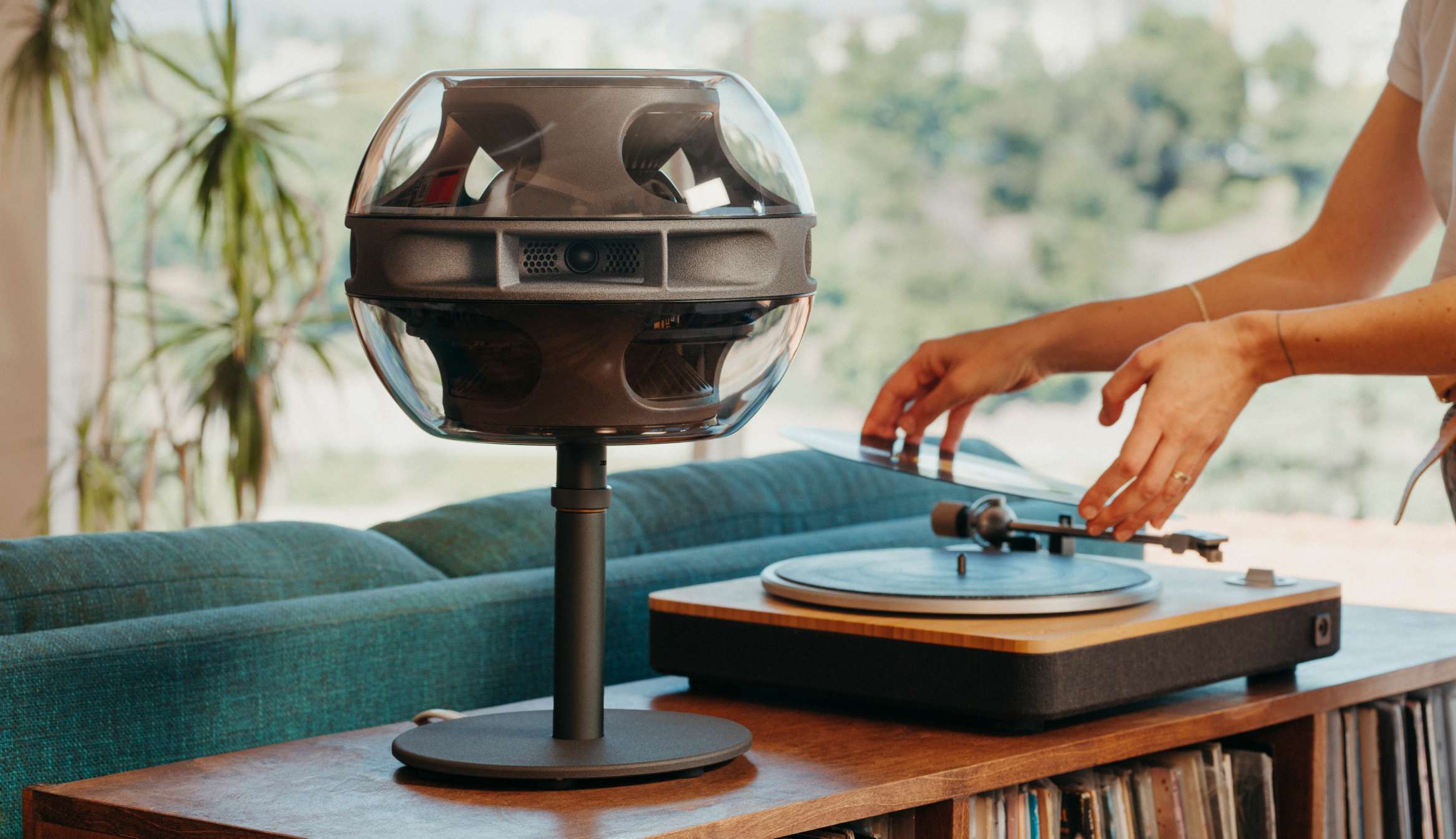 During his 22 years at Apple, Christopher Stringer worked on products such as the original iPhone and HomePod. Around a year ago, we heard that Stringer was working on a new home speaker to rival the likes of the HomePod. Last week, Syng introduced their new Cell Alpha speaker, what they call the world’s first Triphonic speaker. With a truly unique design, Cell Alpha looks like something straight from the future, or a long time ago in a galaxy far, far away.

Using three mid-range drivers, the Triphone projects spatial sound to offer precise placement and localization “with pinpoint accuracy.” The three microphones around the speaker ensure “automatic room equalization, wall proximity and direction detection, and multi-Cell geometry calculation”, similar to Apple’s HomePod. “With Triphonic audio, it transforms your space into a field of clear, detailed sound – a fully immersive experience that puts you at the center of your favorite music and entertainment.” Syng say with the Cell speaker “you can put sound wherever you want, shrink it, move it, magnify it, and layer it.” Two force-balanced woofers on the top and bottom produce powerful bass from the small package. A single Cell speaker can supposedly virtualize any speaker array with room-filling surround sound. Pair two or three for “the fullest expression of Triphonic audio”, giving you total spatial control.

The Syng Space iOS app (coming to Android in summer 2021) allows you to set up the Cell Alpha speaker on your network, stream music from Spotify Connect or directly to Cell using AirPlay 2, as well as controlling your layout to fill a room or tailor the sound placement as you wish. If you have an addition Cell speaker in another room, you can use Multi-Space playback to control both speakers. Further music control such as pause or volume can be made via the Control Ring. For wired audio, two USB-C ports live on top and bottom of the system for a clean connection to laptops, record players and more. Syng’s upcoming $49 Link cable can connect the speaker to HDMI for TVs.

Syng is said to have around 50 employees now, with many previously working for companies such as Nest, Ring, Nike, Facebook, Harman, and Bowers & Wilkins. Syng reportedly raised $15 million in funding prior to the speaker’s launch. In addition to selling the Cell speaker, Syng are hoping to generate revenue by licensing out its impressive audio technology.