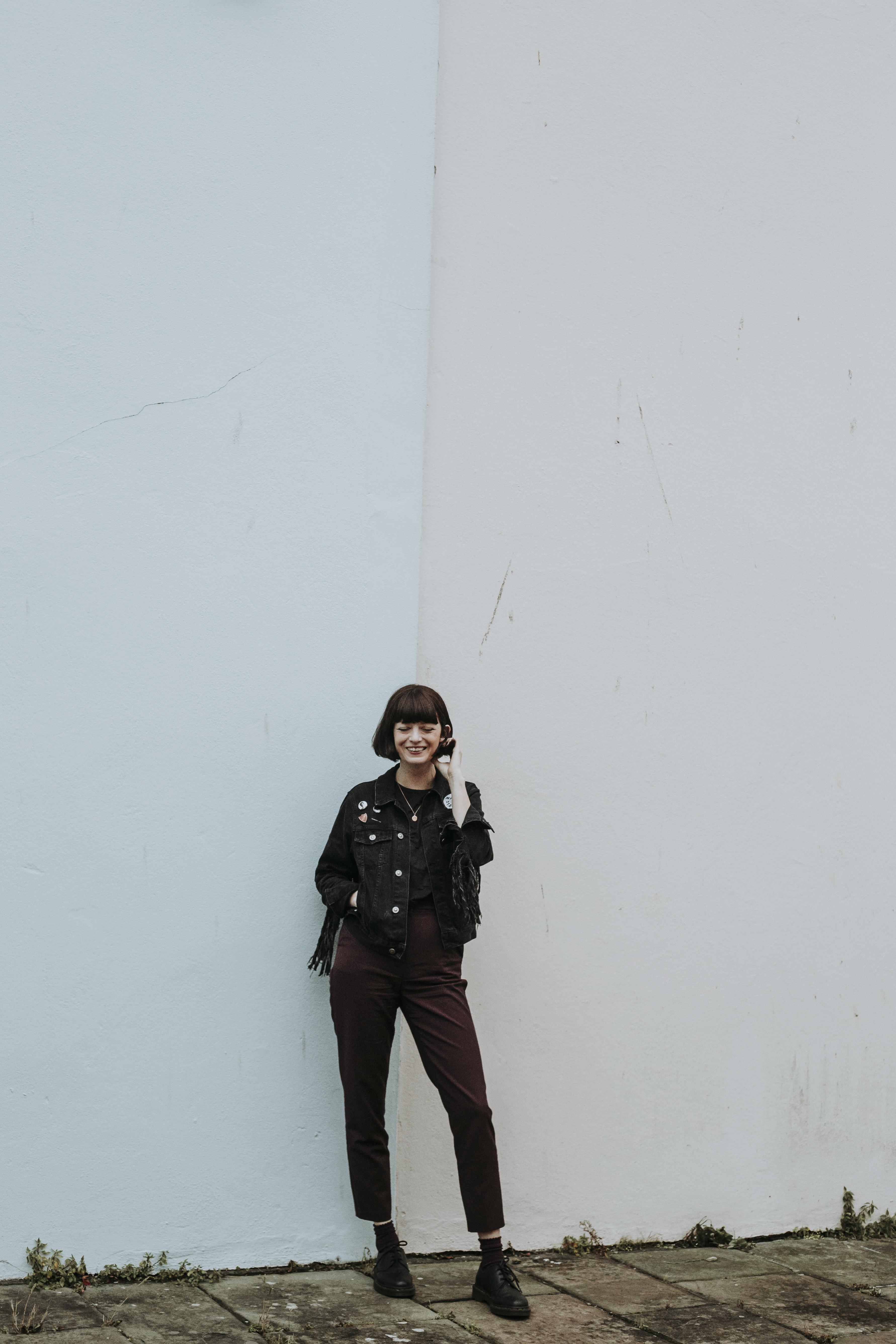 Lindsay Melbourne is arguably one of the UK’s most talented photographers, capturing moments from some of the countries biggest emerging and established artists. We caught up with her to chat about her work, the importance of music photographers and more!

In this edition of ‘Photographer Highlight’ we get to know more about one of my personal favourites Lindsay Melbourne. For a while now she has been behind the shot of some of the most iconic portrait and live shots. Lindsay continuously creates stunning, visceral and quality photography. She is also the brain behind the now infamous AFGang fan group for IDLES on Facebook, a group that has now surpassed 30,000.

There is no doubt that Lindsay is an incredibly important cog in the ever spinning wheel of live music and music photography. We caught up with her to chat about her experiences, why music photography is so vital and much more.

So, when did you first get into photography and at what point did you get into music photography specifically?

Lindsay: The first camera I remember having of my own was one of those polaroid ones that printed out onto little stickers. Classic 90’s toy. I never really took it seriously until I got into music photography. This was shortly after I had quit my last band, I was getting an extreme amount of anxiety playing on stage and made the tough decision to stop playing live music. I was still going to watch live music so just started to take photos for fun and was surprised at how much I enjoyed it.

What was the draw and attraction to music photography specifically?

Lindsay: I’m a music obsessive so going to shows is just part of my week. After quitting playing music photography gave me a way to still feel connected to that live kick you get from playing. In fact I started to get more of a kick from capturing a great live shot than I ever had playing on stage.

Was there a particular photographer’s work or artist that inspired your work and drove you towards music photography?

Lindsay: Oh definitely – Carolina Faruolo! She is the BEST! She took a shot of me in the crowd at a Cribs show that The Great Escape used on social media so I was able to track her down. I asked her for a copy of the photo to print and we got chatting, she was so kind and helped me progress my technique and also passed on some work opportunities that have since opened doors for me.

You’ve had the pleasure of photographing some of the best and rising talent in music, most notably IDLES! How did arranging photographing these bands happen and do you have a standout moment?

Lindsay: It was all a case of being in the right place at the right time, I hadn’t even listened to IDLES when I got a call to go and shoot their show for a London Magazine. They were like nothing I had seen for years and I quickly became pretty obsessed with shooting as many of their shows as possible, no one else was shooting these shows and I knew I had to capture it, it was a special time. I got to know the band and ended up building a relationship that lead to shooting press shots and live shows for them.

You do both live music photography and portraits but which do you prefer and why?

Lindsay: I like them both in different ways. Live shows can come with more challenges like lighting, or lack of it is the biggest challenge in shooting live shows and unless you are touring with a band you don’t know what you will be working with until the band come on stage and often you only get 3 songs to capture something that will work in a magazine. You have to ready for anything! With portraits you get a lot more control and it can be really fun working with a new band on those first images they put out.

Explain to us the feeling when you see your work being used by a band on their socials and general promotion, it must be pretty surreal?

Lindsay: I feel really proud when that happens. The most surreal moment was when I had a photo of IDLES up on the Piccadilly Circus digital billboards.

Did you ever expect your work to be used by such high profile artists?

Lindsay: No, never. It was just a hobby to begin with, I had no idea that I would end up doing some of the things I’ve done. Shooting officially for Reading Festival in 2019 was a dream come true.

Who’s been your favourite artist to shoot so far?

Lindsay: I toured with Ladybird in 2018 on the Slaves tour and it was just so much fun. Those boys are like family now and it just felt like such a huge privilege to be a fly on the wall capturing those behind the scenes moments. I would love to tour more but I am now Mum to a one year Dylan so I’ll staying close to home for the next few years.

How do you prepare for a shoot?

Lindsay: For live shows, depending on who I’m working for I’ll usually have a shot list but I’m shooting for myself then I just check my equipment is charged and working before I leave the house and then when the lights go down I’m on my toes and using my instincts. For portraits I usually work with the band or manager over email or the phone about the brief and plan the day so we can most of the, usually little, time we have.

Why do you feel photographers are important to the music industry and do you feel they are underappreciated?

Lindsay: Gigs are when music comes alive and only professional photographers can really capture those moments and tell the full story. I feel like there isn’t as much paid work for live shows anymore and this might be due to lots of people working for free and camera phones. Some promoters still invest in photography and it really stands out when they do.

Do you feel visual aid is important for artists during this internet age?

Lindsay: Yes, artwork and band photos are so important for press, campaigns and promo. You need to stand out from the crowd. A photo could peak someone’s interest to go and listen to you and watch you at a festival. I really like simple colourful photography that shows bands personality. It doesn’t need to be too arty.

“You need to stand out from the crowd”

Has the internet made it easier or harder for a photographer to be successful?

Lindsay: Easier definitely. I was sharing my work on social media way before I had my own website and it helped me connect to the bands and fans directly.

Why should a band work with a professional photographer?

Lindsay: Building a relationship with a photographer is great for creating a band aesthetic… we can help you create imagery that has a similar look and feel that ties everything together. Social media is really important for connecting with fans so having a photographer on board to capture not just press shots but live and behind the scenes will mean you always have great content for sharing.

Lindsay: For bands, take your time, research your photographers and pick one whose work you love, don’t be afraid to invest money, you could be using these photos for years. For new photographers, work your local area, network network network, be nice, don’t compare your work to others, you will find your own style. Be kind, work hard and doors will open.