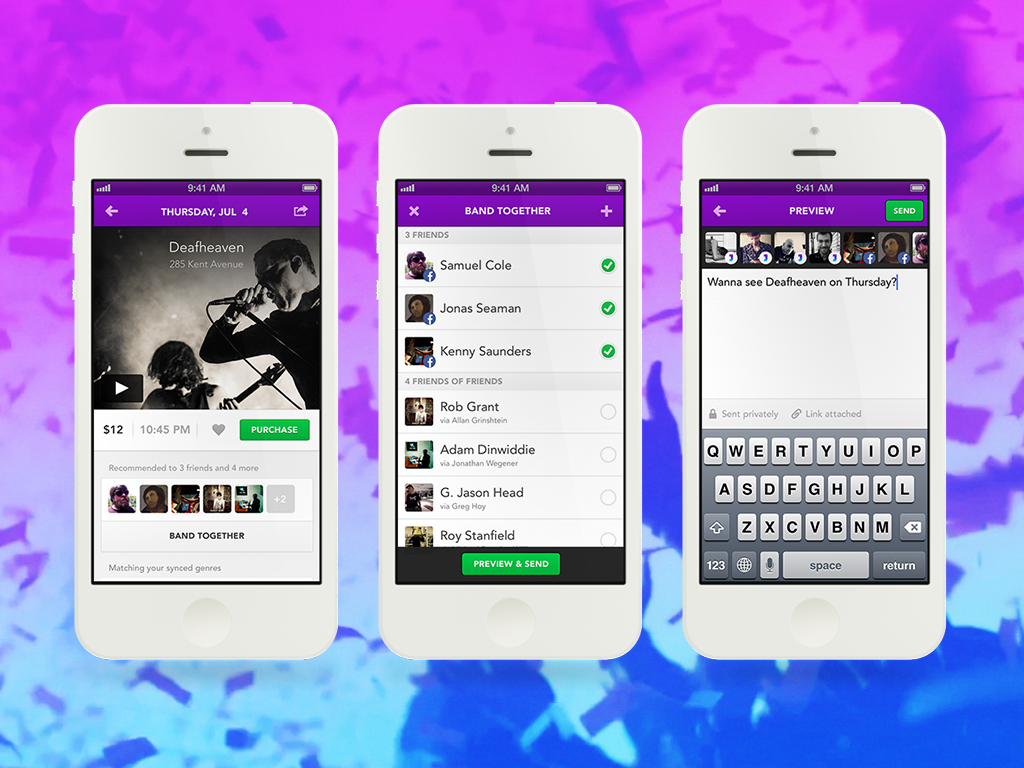 Jukely, a subscription service with unlimited access to live concerts in your city, has come to Android with an app.

Jukely is a service that users pay $25 a month for and can then book places at as many gigs as they want of the selected roster, updated every day. With hundreds of live shows to choose from users can select one show per day with a basic subscription. Alternatively for $45 a month you can add +1’s on your show bookings.

Since it’s launch in 2012 Jukely has raised over $12 million in funding and have established themselves in most major cities in the U.S. as well as expanding internationally last year to London. Though Jukely founder and CEO Bora Celik wouldn’t specify user numbers he stated that they could soon fill Madison Square Garden in New York (18,200 capacity) and that they are breaking records.

Now with the new Jukely Android application accompanying their website and iOS app it’s easier than ever to access the app and open up live music opportunities all month, every month. On the new app, Celik said: “We’ve always been aware of the large chunk of Jukely users using Android devices and we’re excited to finally give them a new tool for using Jukely. We really wanted to optimise and streamline the user experience on their mobile device, and introduce the Jukely experience to a whole new group of potential power users.”

The Android variant doesn’t feature everything from the iOS app, it’s most notable omission is Foursquare integration that guides users to nightlife, entertainment, bars and restaurants nearby to their shows. The Android version also doesn’t feature Spotify integration that allows you to open artists in the Spotify app to listen to. What it does do however is integrate Spotify directly into the app so you don’t even need to open a new application to listen to music.

Jukely have created a unique and much-needed business where users have a one-stop-shop for live music in their city where they can freely choose to attend whichever they want. Especially unique to the company is the idea of a subscription service that provides a buffet-like experience for gigs, something that is clearly connecting well with it’s users.

You can sign up to Jukely now from their website or using their iOS and Android apps.