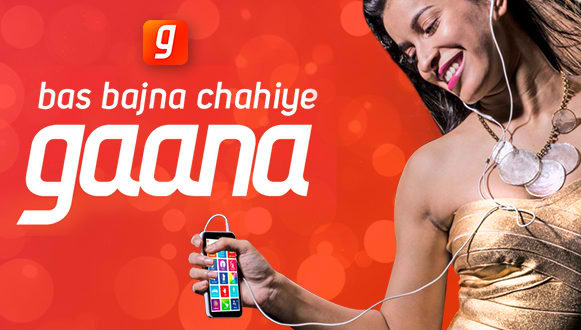 Music streaming is getting big in India and Gaana are showing some great growth despite losses in the last year.

Indian music streaming service Gaana has revealed their performance for the fiscal year 2019. Whilst showing losses of 27 percent in revenues for the year, things are looking good for the Indian streamer otherwise.

The Times Internet owned streamer showed that subscription revenues had increased by 2.4 times indicating a boost in loyal listeners. Subscription revenues grew from Rs 10.8 crore in FY2018 to Rs 26 crore for FY2019, making up a third of their revenues.

The service commands a market lead for the number of listeners in the region. Their subscription growth is in line with a boom in music streaming as well as the growth of paid digital services in general throughout India.

Earlier this year, in March, Gaana were the first music streaming service to surpass 100 million monthly active users in India. Their primary competitors for the region, other than Western streamers like Spotify and Apple Music, is JioSaavn.

JioSaavn is the combination of two of India’s favourite music services, JioMusic and Saavn. They combined their platforms last year to combine Saavn’s music streaming service with the $670 million services of JioMusic.

Gaana’s CEO, Prashan Agarwal, reckons that the music streaming market will have about half a billion users in the next 4-5 years. He expects for them to take on “a majority” of those users and expects to double their user base and became profitable.

Agarwal said: “As of now, only 10 percent of the Indian population is consuming music online. But it is one of the hottest sectors for advertisers looking to tap into an engaged and primarily millennial audience. As the number of users goes up, there is significant potential for increased advertising revenues on the back of customised branding solutions.”