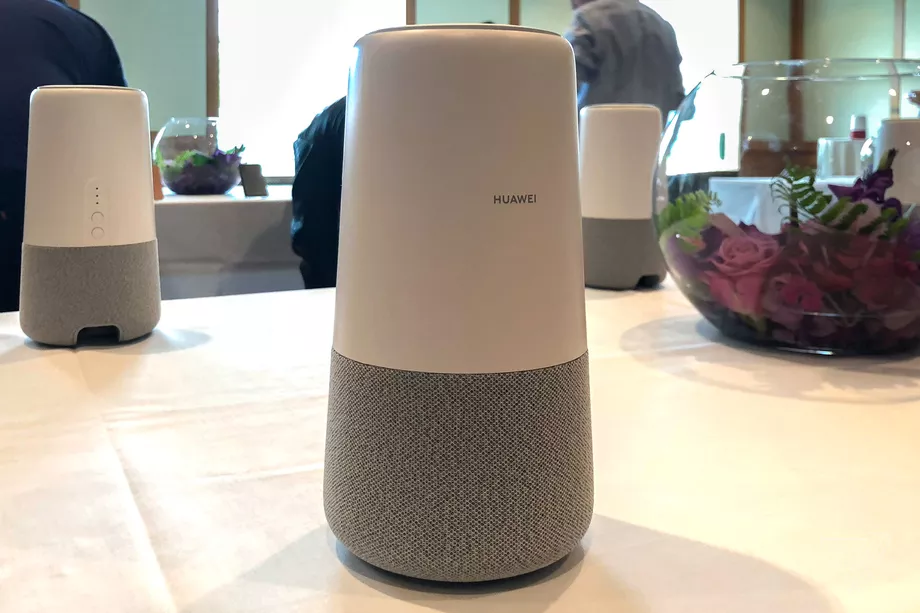 Another Smart speakers going to drop on the scene to compete with the already immense number of new and old AI powered streaming speakers – this time from Huawei.

Huawei have revealed their entry into the artificial intelligence-powered Smart speaker industry with their AI Cube. Whilst not a cube in any way, the speaker does live up to it’s name in that it comes with AI control via Amazon’s Alexa personality with more features to be revealed.

With the abundance of Smart speakers on the market already, and many more on the way, it’s easy to write off the news of another one heading to shelves. Huawei’s AI Cube however does pack some unique features into it’s non-cuboid body that might make it a draw for new buyers. Most distinctly the AI Cube acts as a WiFi router modem with a slot for an LTE SIM card making it a 4G hot spot. Ethernet connectivity also lets it act as a traditional, wired WiFi modem for your home.

Beyond it’s cool connectivity features though, Huawei were scarce on details about the speaker. At the launch they didn’t go into details on how the speaker functions differently from the vast quantity of other Alexa-powered speakers available, beyond it’s obvious internet functions. Nor were they willing to talk about pricing options and what people can expect to pay for the AI cube.

Prices of smart speakers vary massively, from Amazon’s Echos going for under $50 for the smallest version whilst higher end products like Apple’s HomePod will cost $350. We don’t know yet whether Huawei’s AI Cube is likely to include high-end audio but it seems like the focus is on it’s internet hub abilities. This leads us to assume that it’s probably not going to have a revolutionary sound. However Huawei promise that it will be a “groundbreaking device” with ” a powerful sound system”.

The AI Cube will launch around Christmas time in Europe whilst no plans were mentioned for a launch in the US, nor Huawei’s home country of China.