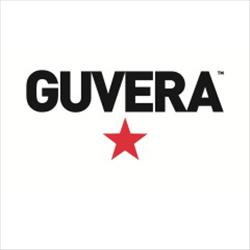 Ad-supported music and digital content service Guvera has set the date for going live in the States as 30th March. The service, named for the bloody-handed revolutionary icon Ernesto ‘Che’ Guevara [wiki here, tl;dr we should all strive for personal fulfilment and be nice communists, but sometimes it’s ok to shoot people in the head if they betray you] – aims to instigate a ‘revolution’ in the media industry by getting advertisers to pay for content delivered to consumers, who have chosen the advertiser whose branding they find least offensive/interruptive. This may not be quite the paradigm shift that they seem to think, but their beta service has been up and running for a couple of months in Australia now, and has been successful enough for them to roll out the full scale launch. They have deals in place with Universal Music Group, EMI Music and IODA offering consumers ‘free but paid for’ legal downloads from their full music libraries, but concerns abound as to whether they’ll be able to pay for them in the long term and on the grand scale that they hope for. Another streaming service in the States means that Spotify, bogged down making their platform profitable in Europe, will find the marketplace that bit more crowded if and when they finally get their stall laid out in the US, but they will have had the headstart in refining the user experience and gathering advertisers to their service. There is a future for online ad-supported music streaming, the appetite is strongly apparent, but it will be a hotly contested race to become the dominant provider, and Guvera have yet to prove themselves against the competition.