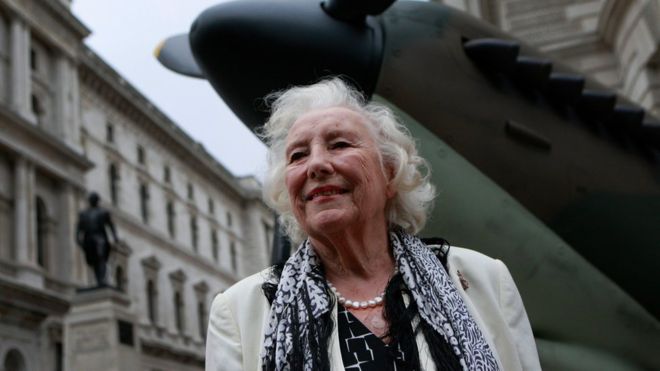 Dame Vera Lynn is celebrating her 100th birthday by releasing a new album featuring Alexander Armstrong and Aled Jones, the first centenarian to launch an album.

The Second World War’s “Forces’ Sweetheart”, Dame Vera Lynn has announced a new album coming from her later this year to celebrate and mark her 100th birthday. She’ll be breaking her own world record with the release, her 2014 album ‘National Treasure – The Ultimate Collection’ making her the oldest person to release an album when she was 97.

Dame Vera Lynn’s new album won’t just break the record for the oldest person but also make her the first person aged 100 or over to release a record. The album ‘Vera Lynn 100’ will feature some of her classics re-recorded using her original vocals with features from some of Britain’s top singers, including Alfie Boe, Alexander Armstrong and Aled Jones.

Speaking on the upcoming record, Dame Vera Lynn said: “It’s truly humbling that people still enjoy these songs from so many years ago, reliving the emotions of that time – I was after all just doing my job as a singer – and it’s so wonderful for me to hear my songs again so beautifully presented in a completely new way.”

The album will also feature an unreleased cover of Rod Stewart’s ‘Sailing’. Her centenary birthday will also be celebrated with a charity concert at the London Palladium on the 18th of March to raise money for Dame Vera Lynn’s children’s charity.

‘Vera Lynn 100’ will release 3 days before her birthday on the 17th March. She said that turning 100 has been “an incredible adventure of song, dance and friendship”.