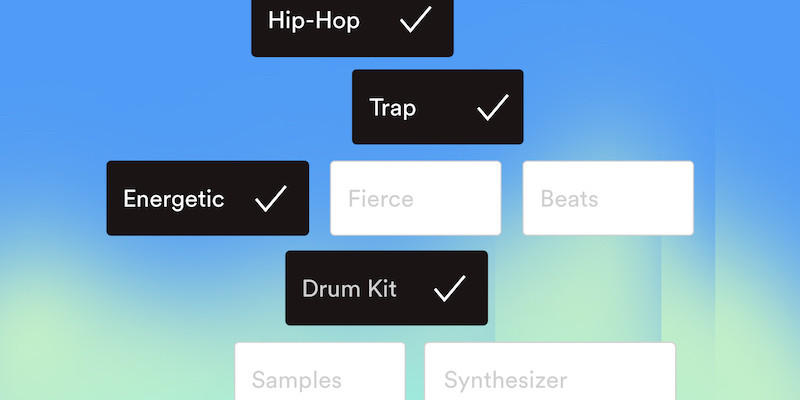 Spotify’s playlists are some of the biggest influencers in the music industry today with millions listening every day and artists can now submit their music to playlist curators for consideration.

In July Spotify launched their playlist submission tool so that any artist with music on Spotify could send them to the music streaming giant’s roster of curators for consideration on one of their massively influential playlists. Some playlists have millions of followers who return every week as they are updated and with so many potential listeners being included in one can make artists’ careers with one playlist inclusion as we’ve seen with artists of our own before.

Spotify have revealed more about how their new tool works so you can make sure you’re submitting right for the best chance to be featured on one of Spotify’s great playlists. They’ve made it so that you can select the metadata about your song so it gets put in front of the right people and selected for the right playlists, making it more likely to be chosen.

Here’s how it works. When you and your team submit an unreleased song—and Spotify for Artists allows you to submit one at a time—that track enters a pool alongside others from artists both unknown and unsigned, as well as superstars and major-label acts. Spotify’s teams of editors and curators comb through those pools looking for songs that could work on any of the thousands of playlists the service offers. With this change to the submission process, you can fine-tune which pools your music ends up in, helping the right editor find it in order to consider adding your tracks to, say, Chilled R&B or Infinite Indie Folk.

Spotify’s senior product manager, Steve Shirley says: “Metadata is just information about the music itself. What we’re asking is that you describe your music to help put it in front of the right team of editors. It’s detailing the genre and the specific attributes of the song that we think would get in front of the right people. Everyone who has music on Spotify is now able to get their songs in front of the people making these really impactful playlist decisions.”

What do Spotify want you to put in and how do you do it? They explain it below:

First, you’ll pick the song’s main genre. You’ll have plenty of options, and you can also choose up to three subgenres. “We’re asking you to pick one top-level genre, but then you can tag it with additional subgenres,” explains Shirley. “For example, there’s country rock, there’s folk rock, there’s hard rock. These are important distinctions.”

From there, you’ll be able to pick up to three music cultures, which encompasses both the language and cultural influence of the music, as well as the location of the artist making it. “We have editors all over the world that are looking for music for their specific market,” clarifies Shirley. “If you’re an editor in Finland, you want to make sure that the playlist that you programmed to represent Finnish music culture is highlighting the music coming out of that market, in addition to other globally relevant releases.

Next up, you can select up to two moods—say, Chill or Fierce or Sexy. What’s the mood of your song? Then, you can choose up to two song styles. Are you more of a Ballad or Beats type? You can also tell us which instruments are featured in the song.

“If you want to tell us that there was a banjo or an organ or a synthesizer or whatever, we have all those options that you can tick,” Shirley says.

Then there’s a number of yes-or-no questions as well as one more about the nature of the song:

Seems like a lot of boxes to tick, right? A lot of categorization when it comes to art. Shirley gets this. Prior to work for Spotify, Shirley played in bands and worked for the independent label Original Signal, which included independent artists such as Longwave, Butch Walker, and Ingrid Michaelson. He’s aware that artists don’t like to feel boxed in, and they often blanch at assigning a genre or quantifying descriptor to their music.

“We don’t want artists to think we’re asking them to label their art,” explains Shirley. “We’re just asking for information to help our editorial team figure out the listeners that might love their music.”

“As an artist, you might not feel like the music you make is straight-ahead ‘pop’ but you might select that genre because you feel the Spotify editors that make Pop playlists are best suited to determine which listeners your music is perfect for.”

Submitting all of this metadata is optional, of course. Spotify isn’t forcing anyone to pick a genre or a mood before uploading their song. But Shirley points out that Spotify has more than 5000 owned-and-operated playlists and receives huge volumes of submissions daily, and helping the editors out also helps you out.

“If you don’t submit, you’re in this sea of more than 20,00 songs that come in every single day, and the chances of an editor finding it are pretty low,” he says. “We’re not saying it’s a requirement; you can still get on a playlist even if you don’t submit,” he says. “But it definitely increases your chances if you do.”