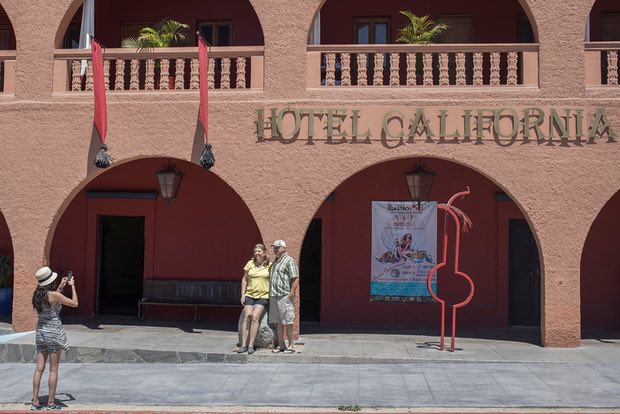 Hotel California isn’t such a lovely place when it faces a lawsuit for “actively encouraging” visitors that it’s related to the Eagles and their Grammy-winning song.

The Eagles have filed a lawsuit on a hotel in Mexico over the name of their hotel, which matches the band’s Grammy award-winning track from 1976. The Eagles claim that the modest hotel, located in Baja California Sur, would “actively encourage” visitors that they were associated with the band.

Documents filed to the Central District of California court on the 1st May claim that the hotel had been playing the song and other Eagles’ tracks around the hotel through their sound system. The hotel had reportedly also been offering merchandise that could be considered misleading, representing what could seem to be official Eagles merchandise.

Whilst the Todos Santos hotel received it’s first name of ‘Hotel California’ in 1950 (well before the song of that name released) it was when new owners, John and Debbie Stewart from Canada, took over in 2001 that they reportedly began using association with the song to market themselves and sell merchandise.

The owners of ‘Hotel California’ are yet to make a public comment on the case.