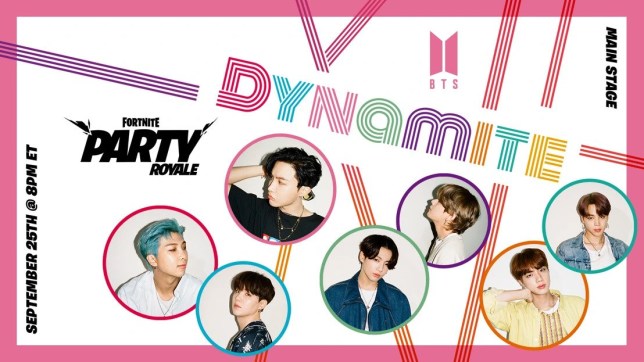 The BTS boys are back and their launching their new music video exclusively through the video game Fortnite Battle Royale for the first few days.

Fortnite have been colliding the worlds of video games and music icons to great success in recent years. With in game gigs from Marshmello and Travis Scott under their belts, they are now debuting the new music video for one of the biggest acts in the world.

The new video from the South Korean megastars of BTS will launch on Fortnite this Friday, September 25th at 8PM ET. Fortnite makers Epic Games have worked with BTS to choreograph two new emotes for players which will go on sale before the launch of the video.

The choreographed music video for ‘Dynamite’ will be played in Fortnite’s Party Royale mode where players can’t attack each other. It has made for a perfect musical platform where they have hosted huge acts like Marshmello and Travis Scott for in-game concerts before.

In a time when people are cut off from live music experiences their in-game concerts, like Travis Scott’s recent virtual performances within the platform, are perhaps more sought after than ever.