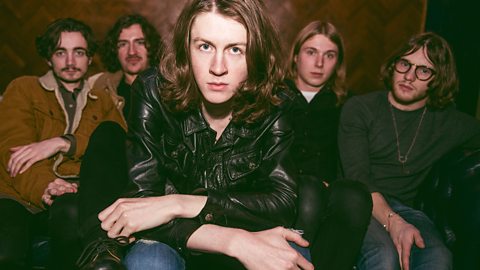 The BBC’s yearly poll of music critics and industry experts to decide the most promising new artist in 2016 has begun.

First up in joint fifth place are three-piece rap collective WSTRN, however they say they don’t like to be categorised citing influences of reggae, motown, hip-hop, R&B and pop music in their tracks. The three members all found their feet as individual rappers before cousins Akell Charles and Haile joined their friend Louis Rei to become WSTRN. Louis said: “It’s an eclectic sound, that’s rare and I think that’s why it’s so refreshing. It’s genuine and it’s feel-good and there’s not much of that anymore.”

Out of the 144 DJs and pundits involved in selecting the choice, the exact amount who voted for WSTRN also chose dance producer Mura Masa. Only a year since uploading his music to SoundCloud, 19-year-old Alex Crossan has amassed a large following for his unique dance tracks. Radio 1 DJ and one of Crossan’s voters, Annie Mac, said of him: “Intimidatingly talented for someone of his age, it’s obvious that Mura Masa’s breadth of production will stand the test of time. This guy’s not going anywhere!”

The latest act to be announced, in fourth place come five-piece band Blossoms from Stockport. The band’s music is described as psychedelic-pop, something they don’t shy away from saying: “Pop music is pop. It’s popular for a reason. We’re not ashamed of shying away from the fact we want to be as catchy as we can be. Our aim is to make people put their arms round each other and sing and be able to dance at the same time.”

The BBC were one of the driving forces behind Blossoms early fame after featuring on BBC Introducing in Manchester when they sent their music in to the BBC Introducing Uploader. The top 3 Sound Of 2016 will be announced throughout the week on BBC Radio 1. You can check the rest of the nominee list here.