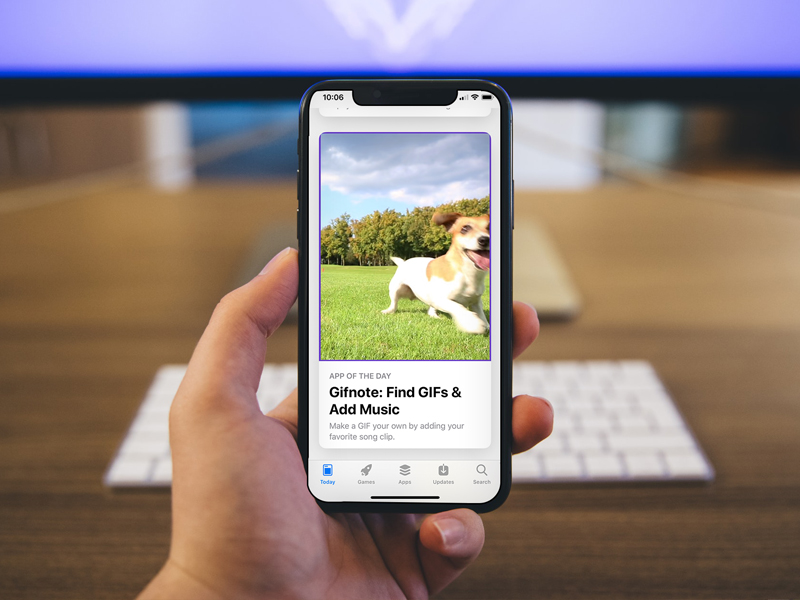 Sending GIFs alone just isn’t enough to express your emotions anymore so Audiobyte have raised millions to enhance them with music through Gifnote.

GIFs have become the new emoji, being integrated into messaging everywhere so people can react or express themselves with a moving clip. Gifnote is a musical GIF app which puts licensed music alongside the world’s favourite GIFs to enhance expressions and add an entire other layer to picture messages and responses.

Audiobyte have raised $6 million to enhance Gifnote and their patented platform and database Songbytes, which creates musical clips that can be used in messages, on social media, and unsurprisingly to soundtrack GIFs in Gifnote. The company have launched an iOS app for Gifnote and it has it’s own website as well as launching an API that allows it to be built into social platforms like Slack where it’s already available.

Audiobyte’s CEO and Co-Founder, Andrew Blacker said: “Music and messaging are a natural fit with global scale and fascinating implications. We remain dedicated in our mission to support the music industry in the new landscape of ‘byte-sized’ communication while elevating messaging with music’s universal appeal.”

Unlike Songbytes, Gifnote is available to the public but using it’s platform users can search through Songbytes database of musical clips from thousands of artists. Users can search by mood, genre, artist, expression, keyword, album or song title to accompany their GIFs and create the ultimate representation of their expression.

Gifnote’s chief product officer and co-founder, John vanSuchtelen said: “People have endured silence in messaging for too long. With our patented technology platform and API, and the support of the music industry – labels, publishers and artists – music can now be part of today’s modern mobile and social conversation.”

Blacker added: “Music was lonely just being streamed – it needed to be part of the conversation. Leveraging our awarded patents and our proprietary back-end solution, we provide a new model for music consumption, fan engagement, data analysis and monetization for the entire music industry.”