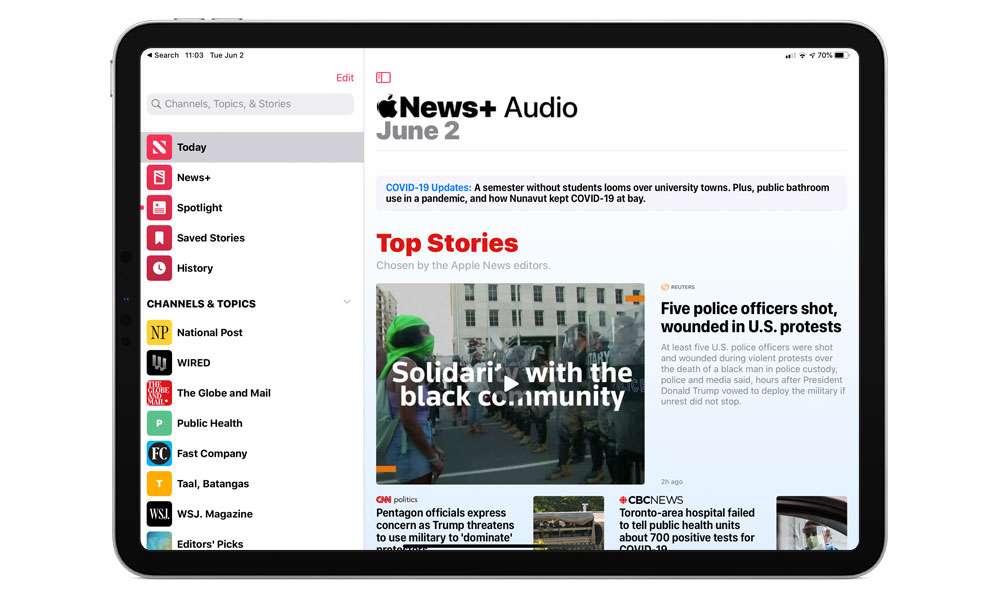 Apple have quietly launched a new blend of podcasts and news in their News+ app to keep users updated by audio.

Apple’s news app has launched a beta version for a new slew of content from their partnered news publishers and magazines. The new audio stories let users plug in and listen to the latest stories making them more accessible for those on the go, in the car, relaxing in the garden, and more.

So far, some of the supported sources include Wired, People, Variety, New York Magazine, and the Wall Street Journal currently. The new Audio Stories section seems to have combined Apple’s podcasting app’s features into their News app.

Reports of an audio section to the app being launched for Apple News have been circulating since last year. The release is still only in a beta for now and whilst there’s no mention of an official release it looks like Apple are needing to license more content before they can build it and work up to a full release.

The new audio stories will be available to their News Plus subscribers, a $9.99 subscription to content for over 300 magazines and selected newspapers. The feature will certainly add value to their Plus subscriptions once launched, though for now the beta feature seems very limited.