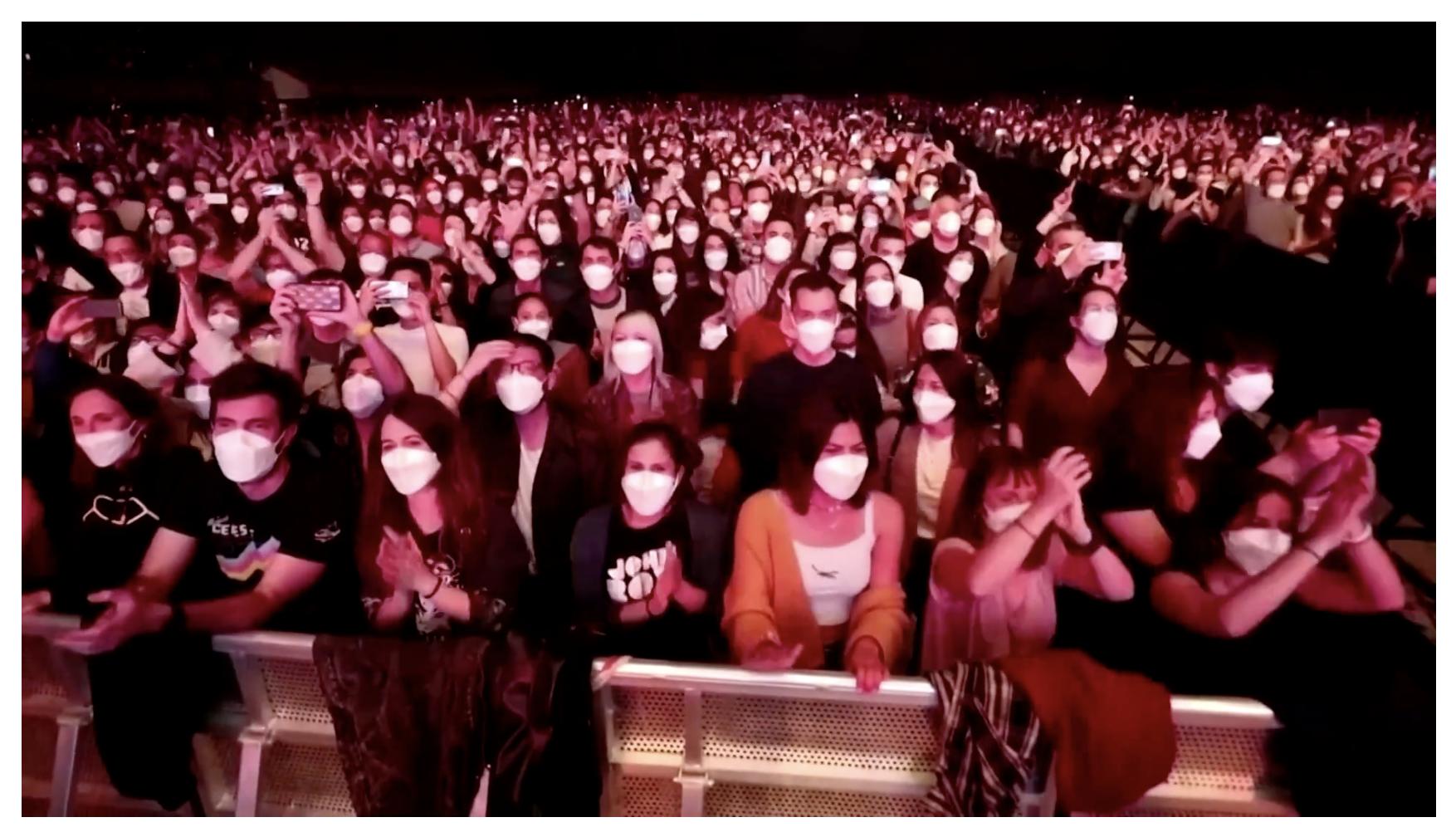 Thousands of people were allowed to cram into a concert after passing rapid Covid tests, in social distancing live music experiment.

A sign of brighter things to come? Spanish indie rock group Love of Lesbian were able to play the Palau Sant Jordi arena in Barcelona to a crowd without any social distancing, in what’s being reported as the largest gig in Europe since the pandemic began.

The concert was part of an experiment to test out COVID-safe crowd controls. In scenes that had those of us still living with coronavirus restrictions pining for 2019, fans were able to squash together and dance close to each other – except that the view of the crowd was a sea of face masks.

The logistics involved were fairly simple but did delay the scheduled start of the concert. The $23 ticket included a rapid test and mask, and all the gig-goers were tested ahead of the concert at three locations across the city. 80 nurses were available to conduct the tests, and antigen test results were received on an app within 10-15 minutes.

There were refunds given for any fans who tested positive; by the time the first 2,400 people were tested three had received positive results, and therefore didn’t attend the gig.

The gig will be a test for the reopening of the live music sector; organisers of similar events will be keeping their eyes peeled for the results. A similar experiment at Primavera Sound, a festival which also took place in Barcelona, was hailed a success in January by organisers when results from rapid tests showed no infection rate.