The Amazon Echo Show is the debut screened version of their massively popular Echo home speakers, opening up a world of new possibilities.

Echo Show brings all the features that made Amazon Echo speakers such a hit to a new device with a screen for an all new experience. The touchscreen adds a visual world to play with on top of all the voice commands and responses Alexa is capable off, with optimized visibility even from the other side of the room.

With the Echo Show’s screen you can watch videos from briefings and YouTube, scroll lyrics as you listen to music, view security cameras, use it as a digital photo frame, and much more. With a built in camera the Echo Show enhances your conversations beyond the Echo’s calling features, allowing you to video call with friends and family around the world using just the device. 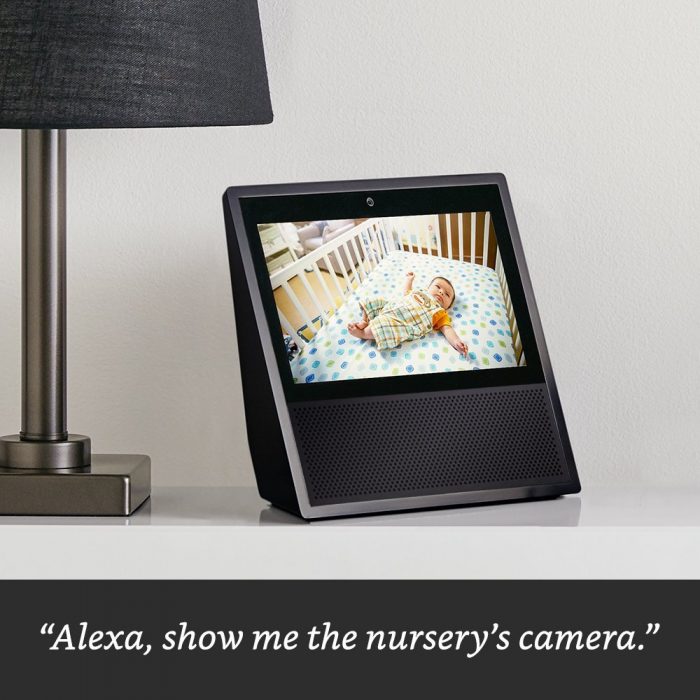 With Alexa’s in-built AI and connectivity you can use the Echo Show to control your smart home with security camera views, the ability to turn on lights and adjust your temperature as well as more. Alexa is capable of working with many of the popular smart home devices from WeMo, Philips Hue, ecobee and others.

Echo Show has eight microphones and beam-forming technology so it can hear you from across the room – even while music is playing. Echo Show is also an expertly tuned speaker that can fill any room with immersive audio powered by Dolby. When you want to use Echo Show, just the wake word “Alexa” and Echo Show responds instantly.

Echo Show has been fine-tuned with Dolby powered speakers that “deliver crisp vocals with dynamic bass response and expansive sound”. As well as streaming from all the top music streamers like Spotify, Pandora, iHeartRadio and so on, Echo Show is also Bluetooth enabled meaning you can connect your phone or tablet to play music even without internet. 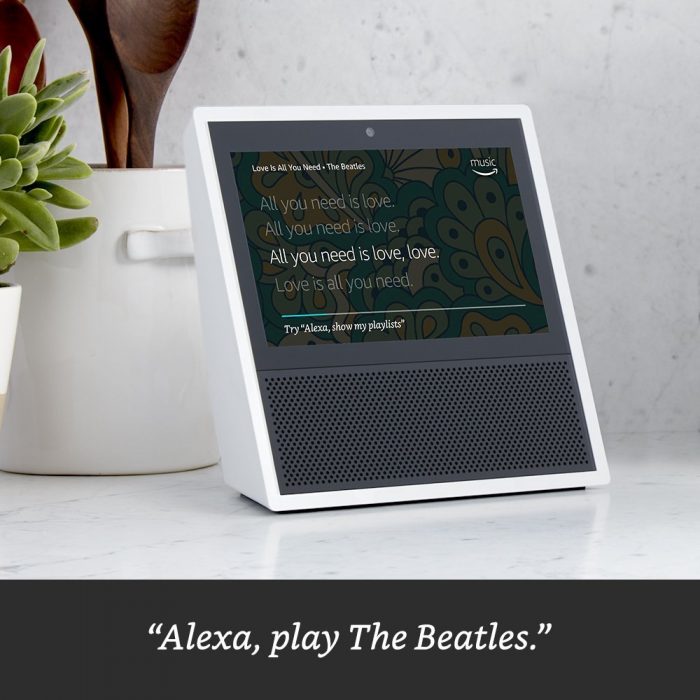 Alexa—the brain behind Echo Show—is built in the cloud, so she is always getting smarter. The more you use Echo Show, the more it adapts to your speech patterns, vocabulary, and personal preferences. And because Echo Show is always connected, updates are delivered automatically.