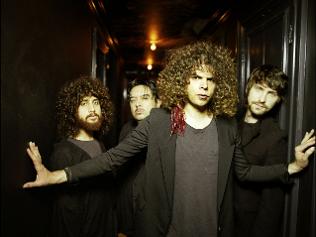 Wolfmother have announced that the UK will be the first place they’ll entertain in the new year.

January 13th sees the Aussies begin their 7 date mini-tour in Dublin at the Olympia where they move on to Glasgow (14th), Newcastle (15th) , Manchester (17th), Leeds (18th), Birmingham (19th)  and climax in London (21th) . Tickets go on sale from October the 23rd via the gigwise gig guide.

The tour is the first big attempt to launch the new album in the UK, Just before the band head back home to support AC/DC on the Black Ice tour. Some dates for the tour are already sold out, gigs dates and locations are all available from the bands officail site.