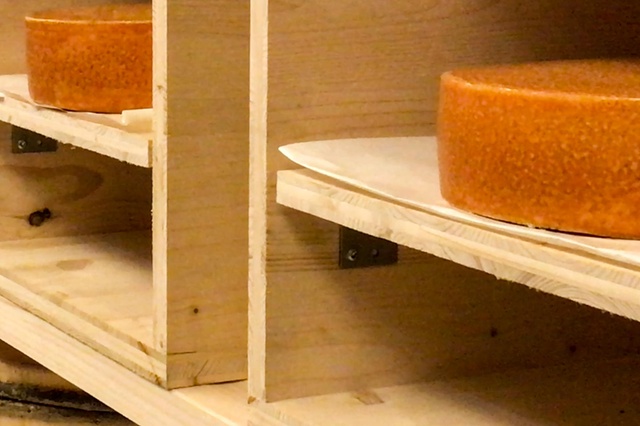 Speaking to plants helps their flowers bloom, playing classical music to baby bumps helps them grow up to be intelligent, and apparently now playing music to cheese makes it taste nicer.

A new Swiss experiment has played 8 different genres of music to 8 wheels of ‘Muttenglück’ Emmental cheese and recorded the effects after 8 months (these researchers like the number 8 apparently). The ‘Cheese in Surround Sound – a culinary art experiment’ had some interesting results, with it being interesting there were results at all.

Invented by veterinarian Beat Wampfler in collaboration with students at the University of Arts Bern, the study exposed the award winning cheese to 8 different genres and sounds:

They used micro-transmitters rather than speakers to conduct the energy of the music into the cheese. They exposed the cheese to their selected musical mates 24 hours a day, for 8 months.

After 8 months of letting the cheese mature alongside their stimuli, a taste test revealed the results. They discovered that the cheese exposed to hip-hop had the best results and found it “remarkably fruity, both in smell and taste, and significantly different from the other samples”.

Professor Michael Harenberg, the man behind the science in the experiment, commented: “We were overwhelmed. At first I thought it was a typical Swiss reaction because cheese plays such a big cultural role here in Emmental. But even journalists from South Africa approached us for interviews and information.”

Wampfler said: “I believe that humidity, temperature and nutrients are not the only elements that have an influence on the taste but sound, ultrasound or music can have physical effects too.”

Using the results from the study Wampfler now wants to continue the project, focusing entirely on hip-hop. “The idea is now to take 5 or 10 cheeses and put hip-hop on them and then compare,” he said.