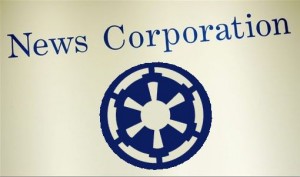 Poor old Myspace – everyone loves to hate them these days. Even before it was assimilated into Newscorp’s Dark Empire, it was beset with a hideous, clunky user interface, a messaging system only slightly less cumbrous than training a carrier pigeon to take your messages, some of the slowest load times on the internet and that’s all without mentioning the millions upon millions of scene-teens that infested the site like so many gnats, their sparkly, buggy, eye-scorching profiles and six-figure friend counts repulsing the mind at every click. What it did have going for it was content. You could click over to a band’s profile and see a neat summary of news and information about them and maybe listen to a song or two. Then came Facebook, and Grooveshark, and Last.FM, and Spotify, and suddenly Myspace was wondering where all the traffic had gone. Then it’s spiritual heart got cut out when Tom got bought out and booted, its got decapitated twice [DeWolfe, Van Natta], and now it looks set for an implosion of hideous proportions, as when all of its management staff and key programmers get their bonus paycheques in June, a lot of them are going to abandon ship.

With an owner that’s rooted in old media, and known for his rapacious treatment of his conquests, is there any hope for Myspace?