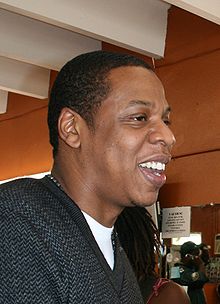 For a chap whose music is reknowned for being stripped down, basic, bluesy rock (you know, apart from the orchestral stuff and the bits with marimba in), Jack White is remarkably versatile, or at least, always prepared to try new things. After soft-pedalling the White Stripes, he’s been in two bands that have had massive chart and live success, worked with stars of Country [Loretta Lynn], Folk [Bob Dylan], Pop [Alicia Keys], and Rock [The Rolling Stones], and now he’s teamed up with multi million selling rapper Jay-Z to release a track. He revealed the collab in an interview with GQ:

“I just did a record with Jay-Z,” said White. “We did a song together a few weeks ago. It was incredible. I played him something that I’ve been kicking around for a while and he immediately came out with words for it. It’s unbelievable-sounding.”