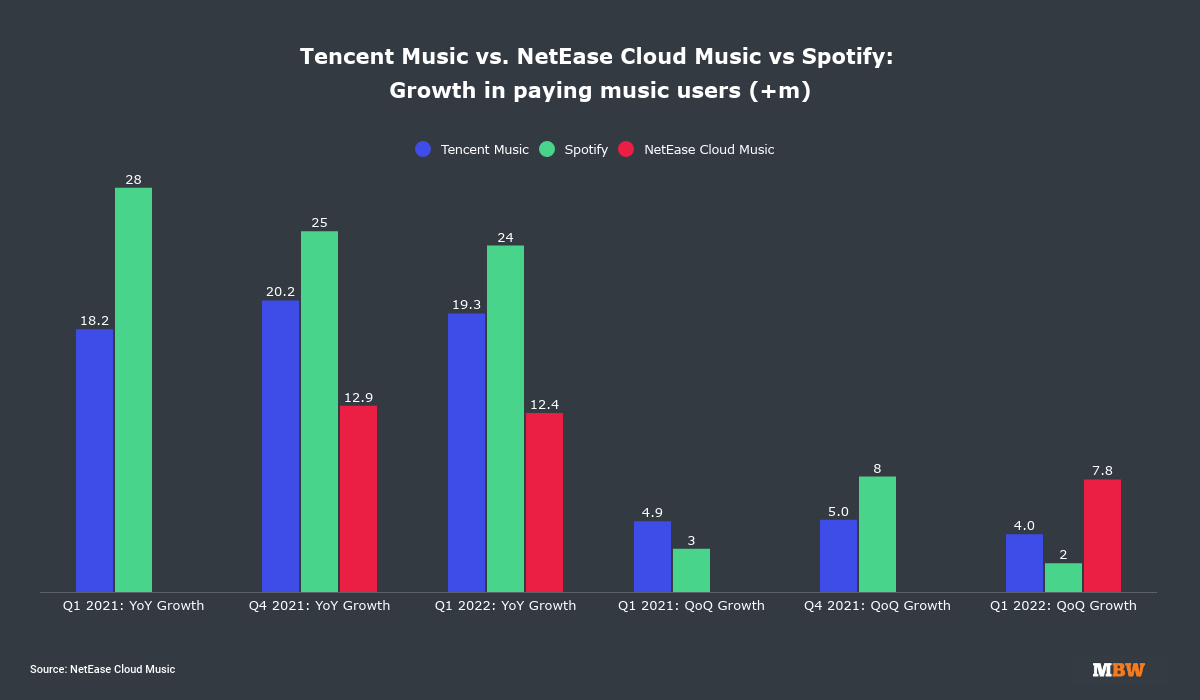 Spotify on the other hand grew by 2 million paying customers (despite cutting off the billing for 1.5 million subscribers in Russia). While Spotify hold more total Premium subscribers than Tencent and NetEase combined, Spotify’s slower growth could see these figures change in the future.

Music Business Worldwide put together the graph above. NetEase’s absence in some areas is due to only being listed on the Hong Kong stock exchange in Q4 last year.

China’s far lower subscription costs resulted in a different story as far as revenue for the three platforms is concerned. MBW laid out the following stats:

Share your music with growing audiences in China for free, including Tencent Music, NetEase Cloud Music, and more, via RouteNote.