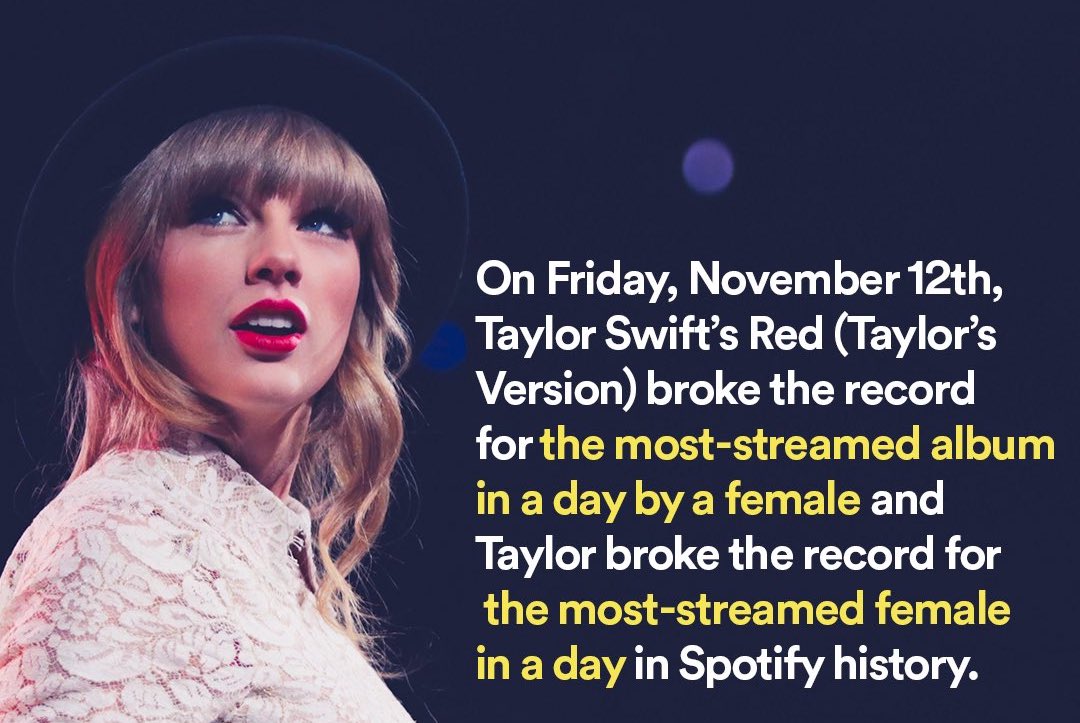 American singer-songwriter released her second re-recorded album last Friday due to the change of ownership of the masters. Red (Taylor’s Version) features updated recordings of all of the original tracks from the 2012 album, as well as nine “From the Vault” tracks. The re-recorded album has already been a hit among Swifties, with the pop/country artist earning the most single-day streams by a female on her album, as well as the most-streamed female in a day in the history of Spotify.

Spotify confirmed to Billboard Red (Taylor’s Version) received over 90.8 million global streams on day-one, topping her previously held record of 80.6 million first-day streams with 2020’s Folklore. That Friday also saw Taylor Swift receive more than 122.9 million streams across her entire catalogue, earning her the record of the most-streamed female in one day.

The re-recorded album also includes the long-awaited 10-minute version of fan-favourite “All Too Well”, alongside a short-film for the music video starring Sadie Sink, Dylan O’Brien and Swift, which has already racked up over 33 million views on YouTube and is currently #1 ON TRENDING FOR MUSIC. Taylor Swift performed the song live in full on last weekend’s SNL.

The new album and record-breaking numbers shows the power in re-recording/releasing/remastering old fan-favourites. This has been a trend we’ve seen in other entertainment avenues over the last few years, such as sequels, prequels and remastered movies and games pulling in huge numbers.