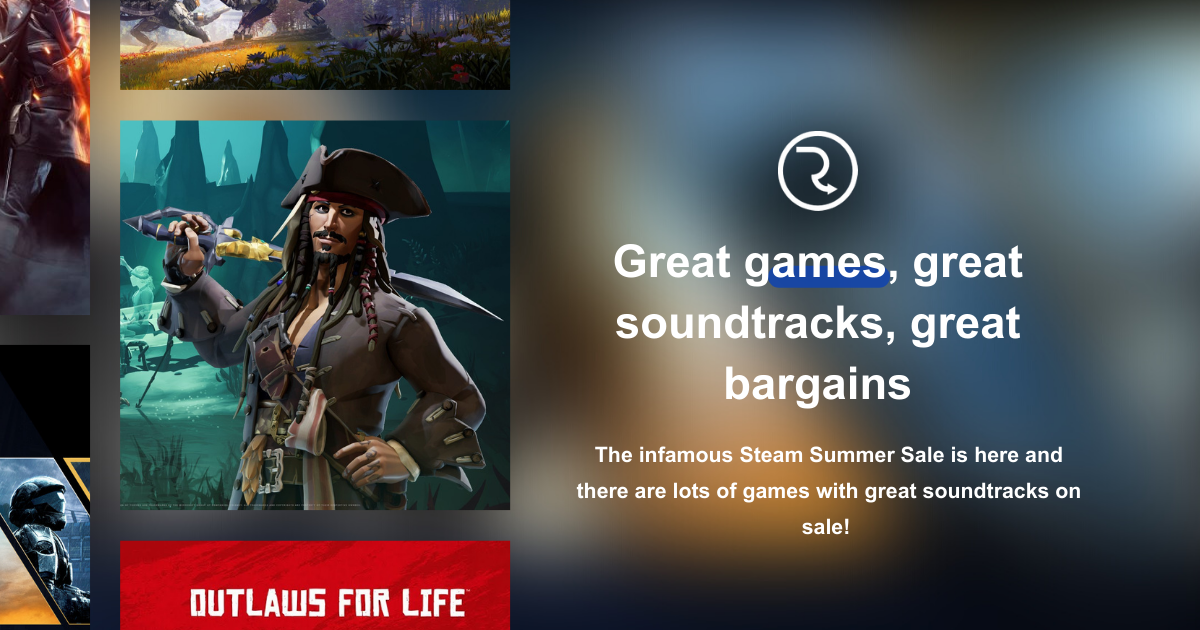 The infamous Steam Summer Sale is here and there are lots of games with great soundtracks on sale!

As video games develop and become more cinematic a solid soundtrack is now more important than ever before. Although soundtracks and video games have had a partnership since the beginning, it is now developing to a scale that is similar to cinema scores on your favourite blockbusters. We recently wrote an article that detailed just some of our favourite video game soundtracks, now you can grab those and more during the infamous Steam Summer Sale.

Throughout this article we wanted to highlight just some of the amazing games that are available at a discounted rate with a great soundtrack, not to mention excellent gameplay.

Set in an apocalyptic future where robots wander the wilds and humans are living in tribes, imagine the gameplay of Breath of The Wild with Far Cry. It’s incredibly fun and engaging and packed with a full, and interesting story. All of this accompanied by a serene and stunning soundtrack that instantly grips you, taking you into the wild world.

Microsoft and Rare’s venture into the pirate realm was met with a lukewarm response when it launched, but since then the developers have been hard at work creating a constant stream of content. The world itself is utterly stunning and sees you sailing from island to island getting treasure, fighting other players, skeleton pirates, and mythical creatures of the deep. To join you on this swashbuckling adventure is a perfectly pirate soundtrack composed by Robin Beanland.

All the Halo’s in one big, beautiful 4K remaster. Each game containing the infamous Halo soundtrack that is synonymous with taking on the Covenant. The soundtrack, in my opinion reaching its peak in Halo 3, who can forget that intro theme music?!

The long-awaited prequel to critically acclaimed western Red Dead Redemption was an instant hit thanks to its open-world, story-rich experience. The game is filled to the brim with interesting characters, side missions, and emotive storytelling that will bring even the toughest of people to tears. All of this is driven by the thematically beautiful soundtrack that added deep emotion to many moments in this wonderful game.

The Battlefield 1 game was mind-blowing for so many reasons, most notably the soundtrack and WW1 theme. Never before has the insanity of WW1 been brought to a video game format in such away. The music that accompanied the game was on the same level as Lord of the Rings or Star Wars, it was truly cinematic. The soundtrack even had its own Vinyl release, just proving how special it was. For this price, you’re getting so much content, this is truly a bargain.