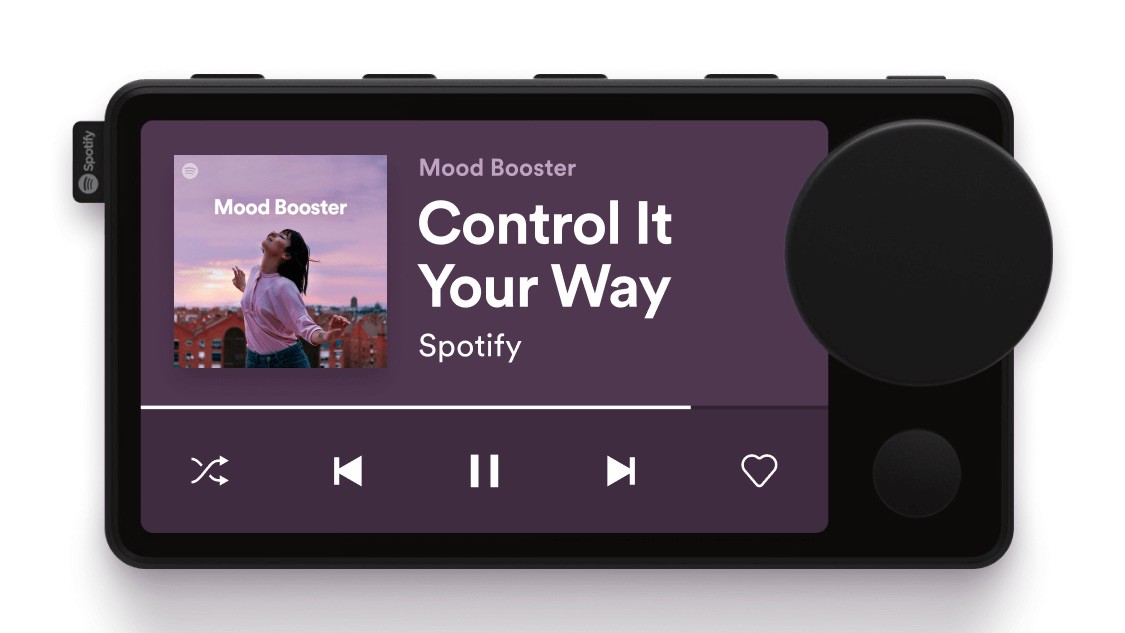 After the streaming company announced they were working on an in-car device, new renders found in the Spotify source code back up recent FCC images.

Spotify announced they were working on an in-car device around two years ago. At the time, prototypes showed the gadget dubbed ‘Car Thing’ as a small device designed to work in conjunction with a regular car stereo or head unit. In January this year, FCC filings showed Spotify’s drastically new design, this time a smartphone-sized device, featuring a larger screen, with a knob and button to the right. The filings described the device as “a voice controlled accessory for phone/Spotify App with supporting display and buttons. Bluetooth enabled for communication with the Car Head Unit. Powered from a 12V outlet.”

Spotted last week by Steve Moser of MacRumors, source code within the Spotify app showed renders of Car Thing. These renders match the images found in FCC filings earlier this year, with the large knob to the right of the colour screen, small button below the dial, and five button on top of the voice-controlled music and podcast player. New details show the interface, similar to that on most modern head units, as well as potential mount designs for attaching the device to different parts of the dashboard.

There’s still no official product name, release date or whether the device will ever come to fruition at all, but with increasing leaks, a release is likely. Interestingly, there was no mention of Spotify’s Car Thing at their Stream On event in February. This suggests the device is still a few months away from a wide-release.