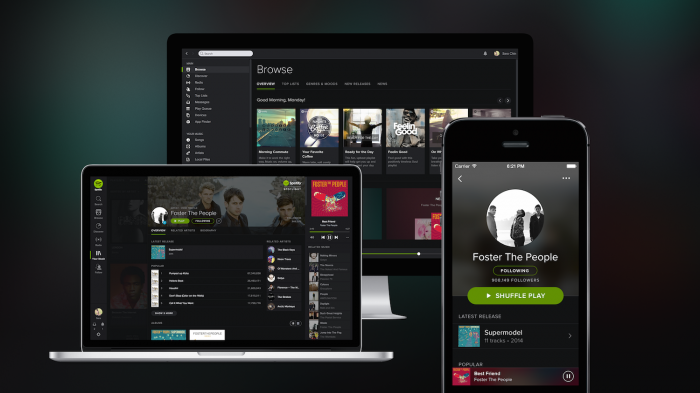 Spotify has suspended its Russian launch for the foreseeable future, due to the current economic crisis, political situation and new internet laws. This follows after Google Inc closed its engineering office last year, after being asked to move all data onto servers based in Russia.

Former Google executive Alexander Kubaneishvili, who was supposed to lead the Russian launch of Spotify said: “I regret to inform you that Spotify refused to launch in Russia in the foreseeable future. There are several reasons – the economic crisis, the political situation, the new laws governing the internet.”

Spotify’s new ‘Made to Be Found’ site details how fans discover music. ‘Source of Streams’ in Spotify for Artists personalizes this data.

Deezer’s new partnership brings music uploaded to their service to millions of TVs.