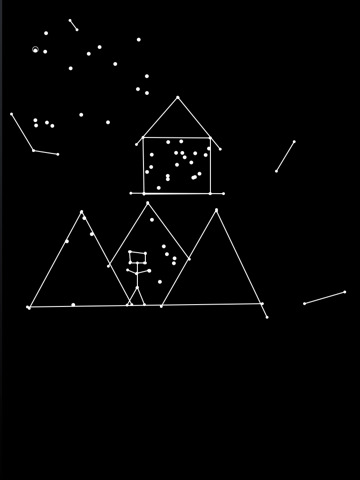 If any of you own or have at any point owned a Nintendo DS, you might have come across a game called Electroplankton. In my idiotic and useless opinion, it was the first ‘music game’ that really worked on both levels as a game that you could really spend hour playing and as a genuine musical compositional tool.

The reason for its success was the simple interface and its ‘open’ music format. Too many music games tried to replicate a sequencer, which inevitably led to lots of people making very shi*t house music out of an extremely limited bank of samples.

Soundrop iPhone is an even more simplistic version of the Electroplankton model, that you can download for iPhone, iPod Touch and iPad.
The interface really is as straight forward as; draw a line, let a ball bounce on it, when the ball hits the line a marimba sample will sound, draw another line, create rhythms and patterns. Before you know it you’ll think you’re a regular Philip Glass.

The free version of the app is fun enough, but if you can stretch to £1.19 you’ll get the pro version which allows you a broader range of sounds.

Very fun and addictive app that I urge you to try. You can find out everything you need to know by clicking here.