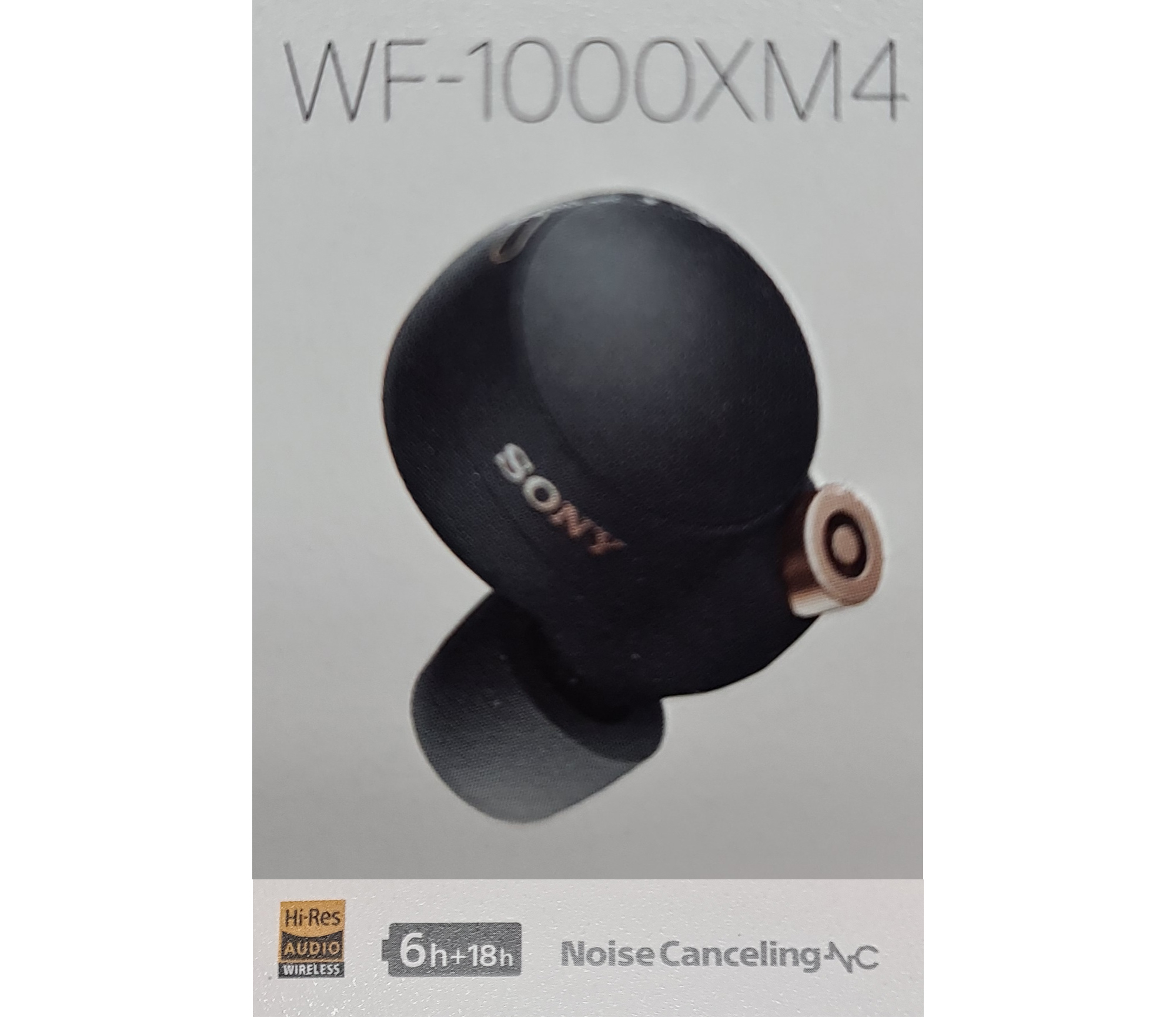 The box for the next generation of Sony’s high-end wireless in-ear buds has supposedly leaked, showing a new design and new features.

Sony WF-1000XM3 are the in-ear companion to the over-ear WH-1000XM3. Both headphones are part of Sony’s much-loved, high-end, active noise cancelling range. With Sony’s over-ear headphones getting an update in August last year, this raised questions on when the in-ear brother would receive the same treatment. Thanks to a recent leak, we may be one step closer to an official release of the new unannounced Sony WF-1000XM4.

When released in August 2019, the Sony WF-1000XM3s were praised as being one of the best sounding true wireless earbuds, with best-in-class noise cancelling. At one-and-a-half years old, the current generation earbuds are now getting on a bit and as a result have picked up a number of complaints when compared to similarly priced earbuds, such as AirPods Pro, Bose QuietComfort EarBuds, Samsung Galaxy Buds Pro and Google Pixel Buds. These include a bulky earbud and case design, no sweat/water resistance or multi-device support.

Thanks to Reddit user Key_Attention4766, two pictures of the box for the WF-1000XM4 have leaked, showing the name, design and some features. These images have not been verified by any other leakers and we won’t know if they’re genuine until Sony makes an official announcement.

The image shows a new design with the same matte black and gold accent as the currently generation. The second image share by the Reddit user, shows ‘Hi-Res Audio Wireless’, 6 hours on a single charge, plus 18 extra hours in the case, as well as noise cancelling as on the WF-1000XM3.

While the leak points towards a radically new design, it doesn’t appear to be significantly smaller as we’d hoped. It most closely resembles other circular earbuds such as the Galaxy Buds Pro and Pixel Buds, but still stand out as strikingly different. A prominent golden accent would appear to be a microphone for noise cancellation or voice pick-up.

WH-1000XM4 saw improved sound quality with a new DSEE Extreme audio processor, that upscaled compressed music using AI. The ‘Hi-Res Audio’ badge suggests some sort of improved audio quality may be present on the WF-1000XM4s too, such as LDAC support. Battery life matches last generations 6 hours on a single charge with ANC turned on, plus three extra charges in the case. This is roughly on par with most of the competition.

Although the box does not state the following, we can predict the WF-1000XM4s will feature improved Bluetooth, multi-device support and Speak to Chat as found on last year’s WH-1000XM4s. We are also hoping for some sort of sweat/water resistance.

It seems Sony release their 1000XM series headphones and earbuds at roughly two year intervals. This would lead us to see the WF-1000XM4s in August later this year. They’ll likely launch at a similar retail price as the currently generation’s $230 price.

Click here to see the best wireless earbuds at every price point.